While Mexico is not necessarily the first country everybody thinks of when we talk about coffee cultivation.

It is nonetheless a major grower of the crop, currently occupying eighth place in the league table of coffee-producing nations.

Mexico is currently the largest supplier of beans to the US market and, following trends in many coffee-growing countries, the quality has also improved over recent years along with increasing output.

Here we look at some of the best Mexican coffee brands you may be interested to try.

If you want to learn more about coffee in Mexico, check out this short documentary.

If you want to learn more about coffee in Mexico, check out this short documentary.

As is true for many South and Central American nations, Mexico has some regions that boast excellent growing conditions for coffee, especially the south and south-central parts of the country.

Coffee was first brought to Mexico by the Spanish from plantations in Cuba and what is now the Dominican Republic in the 18th century. However, under Spanish colonial rule, the coffee industry never took off since the rulers preferred to focus on exports such as gold and silver (1).

Conditions after the Mexican Revolution in the early 20th century were more favorable for coffee cultivation and small farmers began to invest in the crop.

By 1973, the industry had become significant and the Mexican Coffee Institute (Instituto Mexicano del Cafe), INMECAFE, was created to oversee its development.

However, in 1989 both INMECAFE and the ICA ceased to exist, precipitating a “coffee crisis” in Mexico. Due to various factors, the international price of coffee dropped drastically, and Mexican farmers saw their incomes slashed.

This led to farmers abandoning the more labor-intensive practices that are required to produce top-grade coffee and the quality of beans from Mexico began to decline.

Conditions remained tough for coffee growers in the country for many years and production plummeted. In 2015, Mexico exported under 2 million bags of coffee, the lowest total in over 20 years.

However, measures that have been put in place are seeing production rebound. Following the collapse of INMECAFE, co-operatives were formed, and many farmers now focus on the lucrative organic market. Mexico is now the world’s largest producer of organic beans.

Exports have risen since the low of 2015 and those in the know are starting to pay attention to some of the specialty coffees the country is beginning to produce. The future of Mexican coffee is now much more positive after a long period of bleak years.

What can you expect from Mexican coffee?

Mexico is something of an “awakening giant” in the world of coffee and there are now so many coffees coming from the country for lovers of the drink to discover.

The main coffee-producing regions are Veracruz, Chiapas and Oaxaca and these are the states that grow Mexico’s best coffee, especially the latter two.

Coffee that is classed as “Altura” are beans that have been grown at high altitude. When beans are grown at higher altitudes, they take longer to ripen and so have time to develop a fuller flavor. High altitude crops are lower yield but fetch higher prices at auction.

For this reason, Altura beans are the most highly prized of Mexican beans.

In general, Mexican coffee is characterized as having a delicate body, a tart acidity and a dry finish. Many “standard” Mexican coffees also show hints of nuts and chocolate. As a rule, Oaxacan coffee is similar to coffee from Chiapas but with a milder flavor.

However, with the rise of Mexican specialty coffees, there are many more interesting and complex flavor profiles waiting to be discovered. Some of the best Mexican coffees display notes of chocolate, toffee, vanilla, citrus and other fruits.

As we mentioned, Mexico is a major grower of organic coffee, now accounting for around 60% of world production. This means if you prefer organic products, Mexican coffee is also an excellent choice.

For the most part, Mexican coffee is processed using the “wet” method.

Mexican beans are not a cheap, low-grade product

One further point to note is that, in the US at least, Mexican beans have traditionally been considered a cheap, low-quality product.

This is not because Mexico does not grow high-quality beans but rather because Mexico’s finest beans have tended to find their way to the European market.

The beans sold in the US have customarily been the lower-grade beans, which may have given Mexican coffee something of a poor reputation in the United States.

However, if North American customers are willing to make the effort required to lay their hands on the best beans produced by their southern neighbor, they will soon realize that this reputation is wholly undeserved.

Here are some of the most popular Mexican brands, as well as some other less well-known ones that are worth hunting down.

Some of them are brands from Mexico while others are US brands that import and roast Mexican beans. 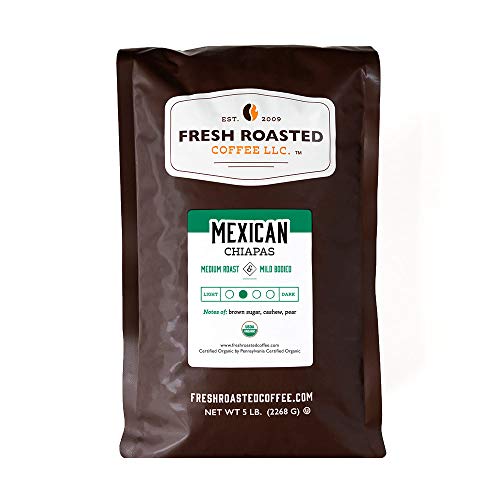 Fresh Roasted Coffee is a US-based importer and roaster, and they offer several Mexican products.

Their range includes an organic Chiapas coffee and a dark Mexican coffee. They also sell unroasted beans and Mexican coffee in pods. 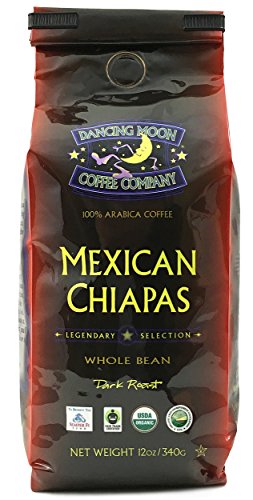 Dancing Moon sells a dark roast Mexican Chiapas coffee that displays a crisp acidity and a nutty flavor with hints of brown sugar, cashews, cocoa and citrus and has a syrupy body.

The plants are shade-grown at around 4,500ft (1,370m) in the Sierra Madre mountains. They are certified as Fair Trade and organic. 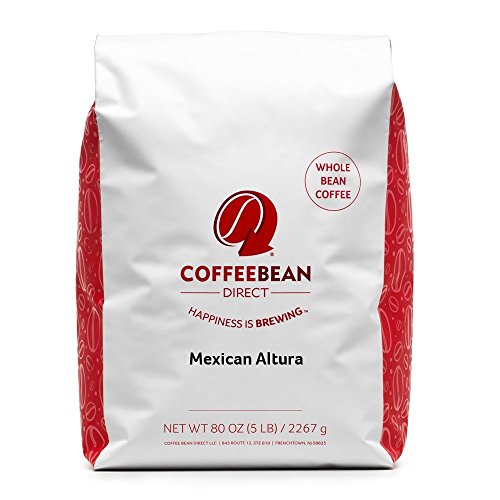 Coffee Bean Direct is another US-based roaster that imports beans from Mexico.

They offer a number of products, including organic Fair Trade Mexican Chiapas and an Altura from Mexico.

They also stock the same beans in unroasted form.

Volcanica sells a Mexican coffee with a medium acidity, a sweet flavor and a smooth body with hints of roasted hazelnuts.

The coffee is clean and well-balanced. Volcanica roast the coffee when you place the order, ensuring you receive the freshest coffee possible. 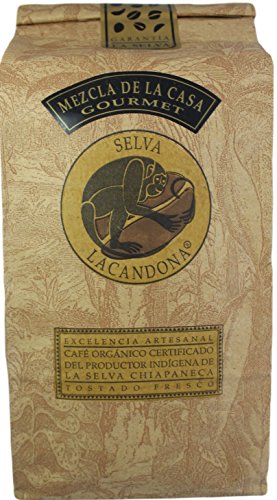 This is an organic Chiapas coffee certified as Fair Trade.

The coffee is grown high in the Lacan Dona Jungle and displays a medium body and a crisp acidity with notes of nuttiness. 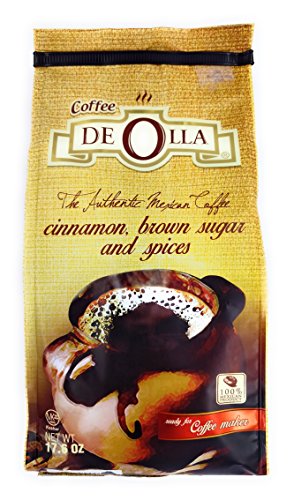 Café de Olla is a traditional Mexican-style coffee as consumed in Mexico.

It is enhanced with brown sugar, cinnamon and spices. This is a more rustic style coffee rather than a refined drink.

Check out this video about how to make real Mexican Café Olla. 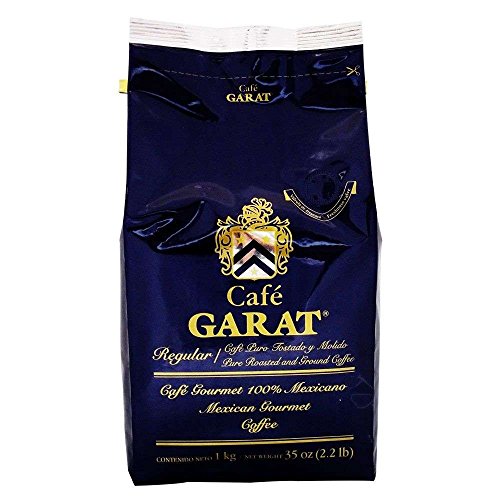 Café Garat is a Mexican company with a range of coffees, including regular, decaf and espresso.

Most of their coffees are blends rather than single origin specialty coffees. 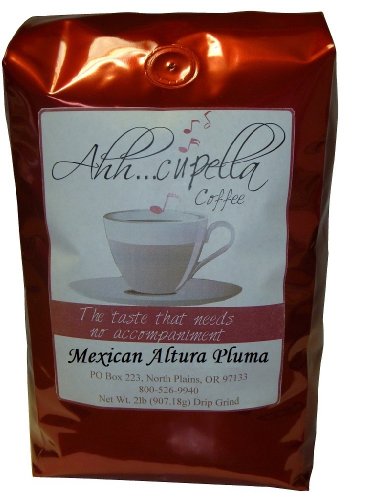 Ahh…Cupella is an Oregon-based company that offers a Mexican Altura.

The coffee is shade grown at high altitude and is then processed using the wet method.

Coffee made from these beans is mild-tasting. 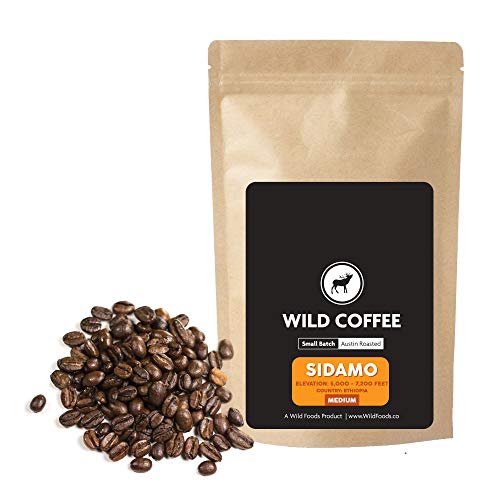 Wild Coffee is a Mexican bean from the Chiapas region that is grown between 2,600 and 5,900ft. It is certified as Fair Trade, fully organic and single-origin.

The flavor profile of the coffee displays nuttiness with hints of caramel and chocolate. It is processed using the wet method. 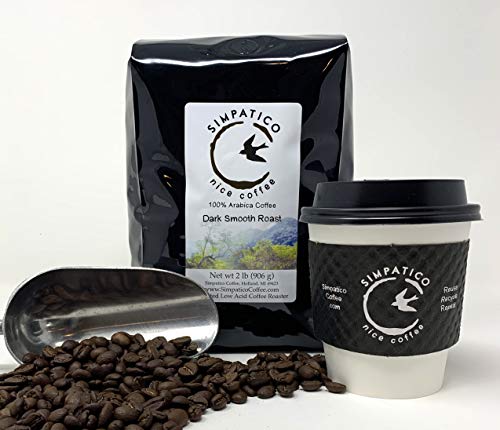 Simpatico is a low acidity coffee that is shade-grown at high altitude in Oaxaca.

The flavor profile is smooth with a full, rich taste. Simpatico is a Michigan-based roaster that imports coffee from Mexico.

They take pride in their ecological roasting practices. 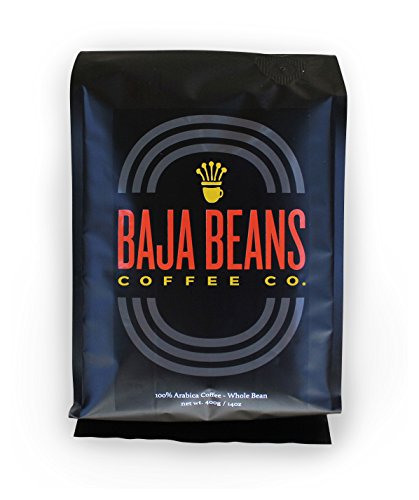 Baja Beans Midnight are grown in the shade of macadamia nut and pine trees in Xicotepec Puebla in the Sierra Madre Oriental, which possibly contributes to their flavor.

They are a certified sustainable product and are roast in small batches. They are sold as medium roast.

Coffees made from these beans display notes of grapefruit and fresh meadow grass, a highly unique taste.

A coffee-growing country on the rise

We hope that the coffee-growing industry in Mexico has left its troubles in the past and will continue to forge ahead into the future taking its rightful place as a major producer of excellent coffees.

This will allow the country to banish its reputation as a producer of cheap, low-grade coffee and begin to build a new reputation as a country capable of producing beans to match those of more famous coffee-growing nations. There is still a way to go, but these are exciting times for Mexican coffees.

Have you ever tried Mexican specialty coffees? Which regions did you taste? Which was your favorite? Do you have any tips you’d like to give us about Mexican coffee? If you have something to say, please leave us a message – and, as always, if you enjoyed the article, please give us a share!