Skip to content
As an Amazon Associate Lucky Belly earn from qualifying purchases.

There are many famous coffee-producing countries around the world, including Brazil, Colombia, Ethiopia and Indonesia – but Puerto Rico is not one that many people would think of.

Here’s our guide to the best Puerto Rican coffee brands from a coffee-growing island so often overlooked.

First, let’s have a quick look at the turbulent and sometimes unfortunate history of Puerto Rico’s coffee industry.

Nowadays, Puerto Rican coffee outside of Puerto Rico is not so common. We are used to seeing and drinking coffee from around the world, but many people may not realize that Puerto Rico even produces coffee. This wasn’t always the case, however.

Coffee first arrived in Puerto Rico in 1736 during the Spanish colonial period. At first, production was only on a small scale and was mostly grown for domestic consumption (1).

However, due to the political situation in some other coffee-producing countries – some of which were embroiled in internal strife and civil wars – as well as the arrival of new technology, coffee production in Puerto Rico increased hugely and the coffee industry there entered a golden age.

By the 18th century, the island was producing a million pounds of coffee a year; by the 19th century, it was the fourth largest producer in the Americas and the seventh largest in the world.

Furthermore, back then, Puerto Rican coffee was considered one of the world’s finest. It was rich and full-bodied, more so than typical Brazilian coffees. It had a fuller flavor, and even the mouthfeel was different.

The end of the golden age

Just before the turn of the 20th century, two events occurred that sent the island’s coffee industry into almost terminal decline (2).

The second event, in 1899, was a devastating hurricane that destroyed that year’s crop. It would take two years for coffee growers to recover.

However, it was the first event that occurred just one year before, in 1898, that would have a far more lasting and detrimental effect.

1898 was the year that Puerto Rico was annexed by the US. Suddenly, cheap coffee imports to Europe were no longer possible as US tariffs were imposed.

The US market opened up to Puerto Rican growers, but US consumers were more used to Brazilian and Hawaiian beans, and Puerto Rican farmers were unable to take advantage of these potential new customers.

Before long, the industry practically died out, to be replaced almost entirely by the cultivation of sugar cane.

Puerto Rico was always a coffee consumer as well as a producer. Even at the height of the industry, a large amount of the coffee grown there was destined for the domestic market. However, nowadays, the island actually needs to import over two-thirds of its beans to meet demand.

Check out this video about some of the problems faced by modern Puerto Rican coffee farmers.

There are some positive signs though.

Many of the old traditional haciendas are reopening and new land is being given over to coffee production. The high altitudes, suitable climate and nutrient-rich volcanic soils that allowed growers to produce top-quality coffee in the 19th century are still there.

Coffee history and culture is still firmly ingrained in Puerto Rico’s sense of identity, and the industry now employs around 22,000 people.

Despite challenges that include climate change, lack of workers and a combination of US tariffs and a US federal minimum wage that make Puerto Rican coffee much more expensive than coffee from other producers, the industry is at last showing signs of life.

Since as long ago as 1980, there has been a push toward growing high-value single-origin coffees of the bourbon and traditional local varietals.

It seems that the Puerto Rican coffee industry is slowly but surely finding its feet again, and once more, the US and international consumers are able to sample the delights of the beans from this once famous coffee growing island.

What are the coffee growing regions and brands in Puerto Rico?

Coffee is grown throughout the island, usually at altitudes of around 2,200-2,780ft (730-850m). The most famous coffee growing areas are the municipalities of San Sebastián, Lares and Las Marías in the north-western central part of the island.

Brands to look out for include Yauco Selecto, Rioja, Yaucono, Café Rico, Crema, Adjuntas, Coqui and, most sought-after of all, Alto Grande Super Premium.

In Puerto Rico, the most popularly-consumed coffee beverages are espresso, cortadito, and café con leche. Café con leche literally means “coffee with milk”, but the true Puerto Rican version is so much more than just that – and of course, it is best made with coffee grown on the island.

To make it, pour one cup of water for each cup you want to make into a pot and heat to the water to just below boiling. When the water is simmering, add one tablespoonful of coffee for each cup. Mix it in and let it brew for around one minute. Make sure the water doesn’t boil.

After one minute, turn off the heat and let it brew for a further minute, then strain it into a separate pot.

Add a quarter of a cup of milk and a teaspoon of sugar for each cup to the first pot and heat until simmering. When the sugar has dissolved, return the coffee to the pot containing the milk, stir and serve.

If you want to try some Puerto Rican coffee, here are our top five picks: 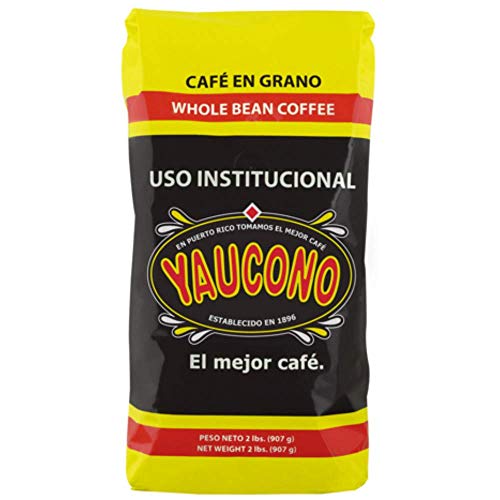 This is one of Puerto Rico’s best-known types of coffee and is now regarded as one of the island’s most iconic brands.

This coffee represents the Puerto Rican coffee culture and is a firm favorite on the island itself.

These whole beans are medium-roast to bring out the complex flavors of the coffee.

This coffee has a smooth and balanced flavor. It is a highly-caffeinated coffee but is not acidic or bitter like other coffees with a high caffeine content.

The ideal coffee for those who want to sample one of the island’s most popular products. 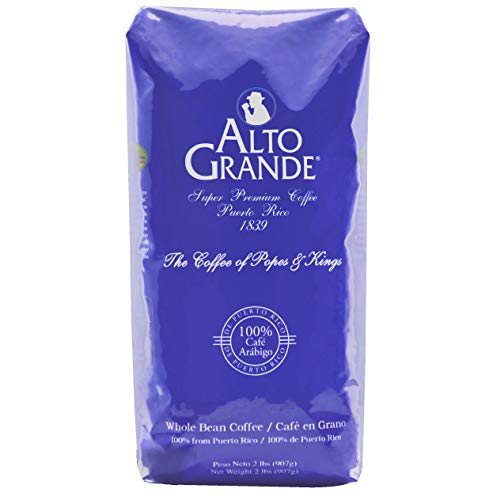 Coffee from the Alto Grande Estate is among Puerto Rico’s finest.

Coffee has been grown on that estate since the 19th century when it was exported to the royal courts of Europe and the Vatican in Rome.

The soils and climate of the estate are ideal for producing coffee of the highest quality.

This medium-dark roast coffee has a full body and a mellow taste, displaying undertones of chocolate and offering a sweet, pointed aroma.

A treat for any coffee connoisseur who wants to taste the best that Puerto Rico has to offer. 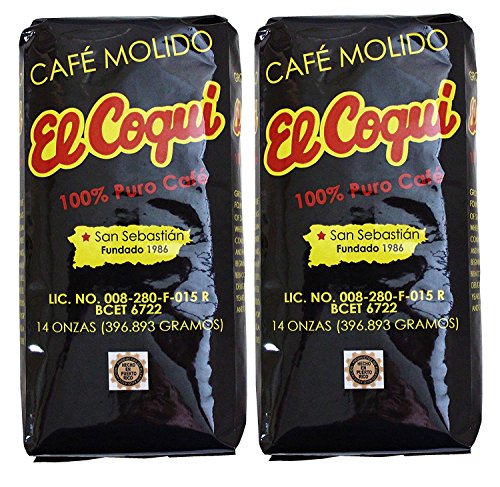 El Coqui, another of Puerto Rico’s most famous brands, has been cultivated in San Sebastián since 1986. This area offers perfect growing conditions for top-quality arabica beans.

It is a 100% pure Puerto Rican coffee, not a blend, meaning no coffee from anywhere else is added to it.

It is described as being a full-bodied, smooth coffee with a certain nuttiness, hints of citrus and a delicious aroma. 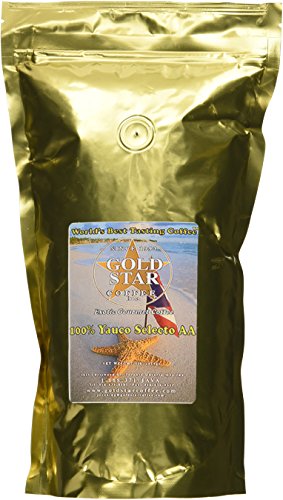 These 100% Puerto Rican whole coffee beans are another of the islands well-known and beloved brands. These AA beans are among the highest grades of beans available from the island.

This coffee is described as having a rich and inviting aroma and a full flavor with hints of cocoa. It is packaged in a bag with a one-way valve right after roasting for maximum freshness.

Volcanica is a highly respected importer and roaster of beans from around the world and their Ciales Mountain Puerto Rican coffee does not disappoint.

This is a single-origin coffee from the Hacienda Monte Alto that is medium-roast and vacuum-packed immediately after roasting for freshness.

Tasting notes describe a full-bodied coffee with a winey acidity and a creamy, buttery flavor that displays hints of chocolate and deep red fruit.

Slightly more expensive than some of the other Puerto Rican coffees but surely worth it if you want a truly luxurious coffee.

Little-known – but beloved of those who discover it

Puerto Rican coffee is not on everyone’s radar, but most of those who have tried it rate it highly; many would place it on a list of their favorites.

Here we have given you our five best Puerto Rican coffee brands – several of them very inexpensive considering their quality – so if you feel like trying something a little more original, and from a US territory, now you know where to start.

Have you tried any of these Puerto Rican coffees? If you have anything to add, please leave us a comment as we love to hear from you. And if you enjoyed reading, please don’t forget to share!