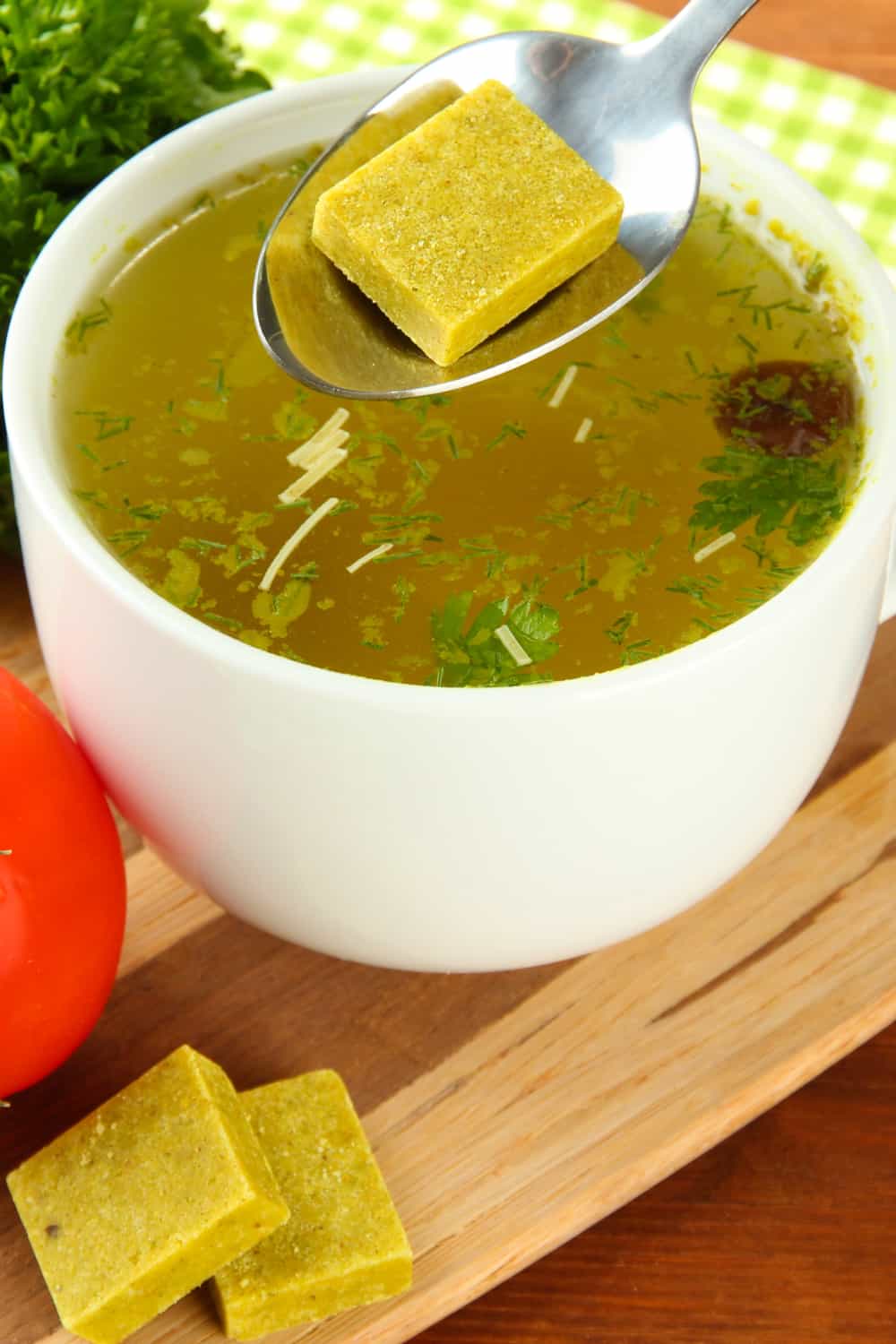 Bouillon cubes are quick and easy to use when you don’t have enough time to make chicken stock. They come in packs, and all you need to do is throw one in hot water to get maximum flavor.

But what about the bouillon cubes you have sitting in your pantry for quite a while? Are they expired?

Read below to discover if bouillon cubes go bad and how you can tell if they’re still usable.

A bouillon cube is essentially a concentrated cube of dehydrated stock. It can be made from vegetables, poultry, fish, or cattle, and it can go bad.

However, regardless of what they’re made from, bouillon cubes don’t go bad the same way other foods do. There’s usually an expiration date somewhere on the packaging, but it’s often safe to eat at least one to two years past that date.

The only thing you might notice is a change in color, as your cubes will probably be paler after two years. Are they still safe to eat? Probably yes, but you should do some close inspecting beforehand.

How Long Do Bouillon Cubes Last? 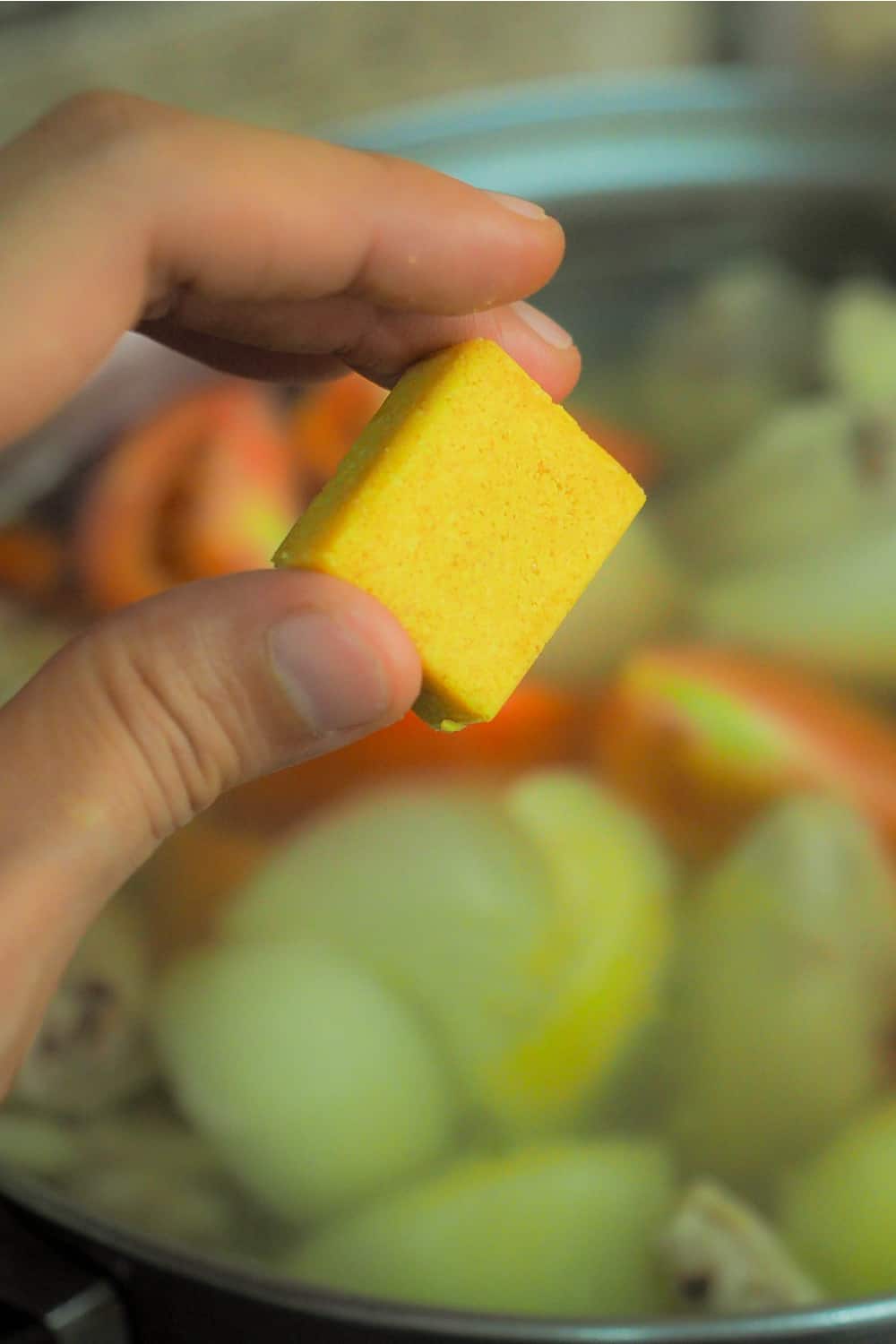 The main purpose of bouillon cubes is to enhance the flavor of whatever you’re cooking. It’s essentially just dried meat and herbs squeezed in a cube. As much as most dehydrated foods, it can last a long time.

The manufacturing process removes 95 to 97 percent moisture, so it’s really hard for the ingredients to go bad. If stored properly, bouillon cubes can last for several years after their best-by date.

This is mainly because they’re dehydrated but also due to the amount of salt they contain. Most cubes are also packed in a foil sheet that protects them from air and water exposure.

However, it all depends on the product itself and how you store it. For example, some cubes are meant to be stored in a fridge if you open the foil packaging, but even in this case, you have plenty of time to use it.

An unopened pack can last longer than the one you opened, so that’s also a factor you should consider.

If you check the expiration date, you’ll see that it’s pretty long. You usually have several months to go through the pack and at least a year after the date stated on the package.

3 Tips to Tell if Bouillon Cubes Have Gone Bad 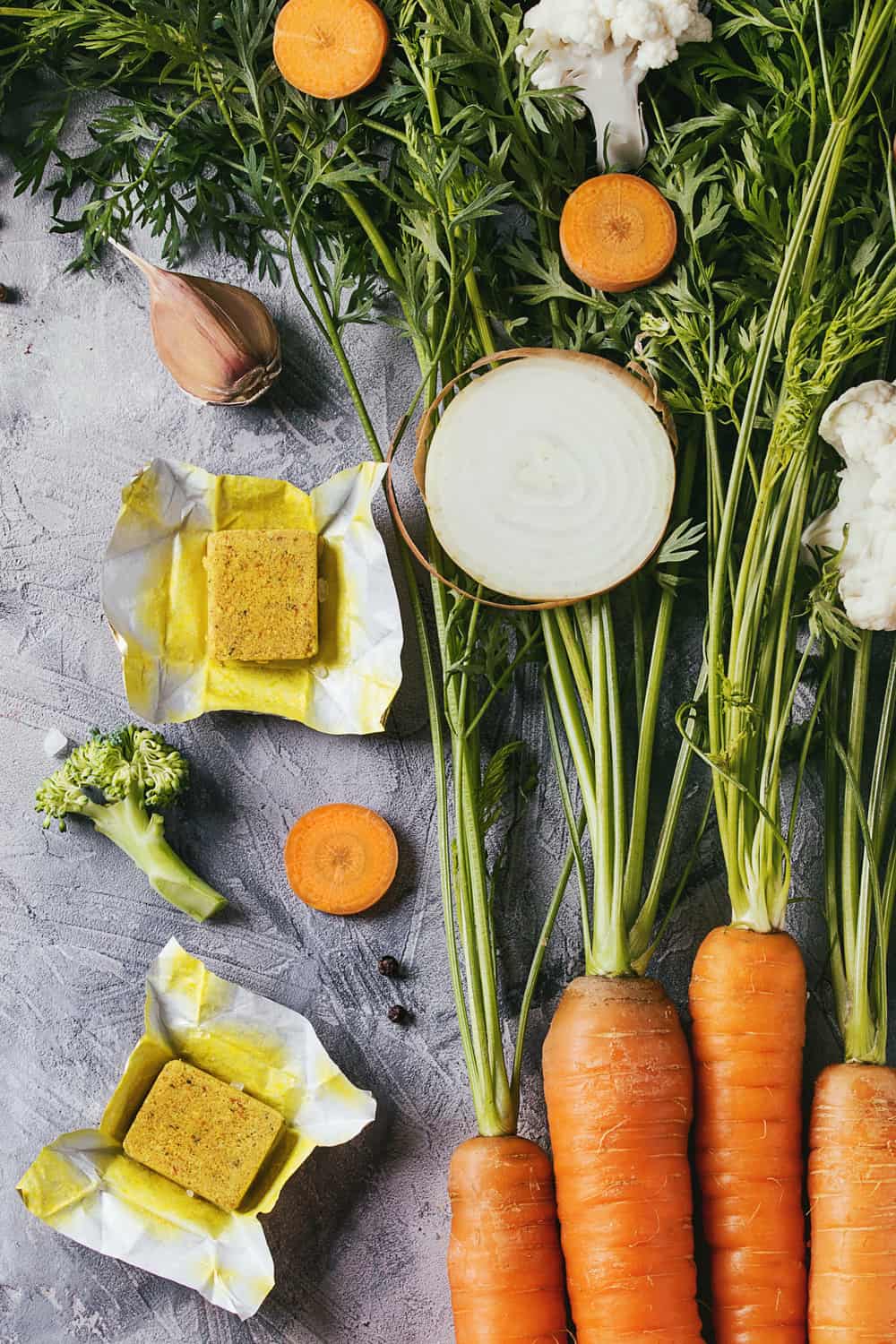 As we said, bouillon cubes can last a really long time, even after their expiration date. However, that doesn’t mean they can’t go bad.

How long they’ll last usually depends on a few things like storage, air and moisture exposure, and whether you opened the package already.

They can go bad quickly if you have moisture, mold, or pests in your pantry. This will cause them to deteriorate in a much shorter period.

The best way to check if you can still use the cubes is to inspect them. Here are the three main ways to do that:

Bouillon cubes have a pleasant smell of seasoning, meat, and vegetables. Any change to that smell might be a good indicator that there’s something wrong with your cube. The same goes for if you can’t smell anything since that usually means it’s too old and there’s no flavor. A moldy odor is a clear sign you should throw the whole thing away as it’s probably unsafe to eat.

Mold is almost always a good indicator something is wrong with your food. This is bacteria forming on the cube, and you don’t want to get that in your system. Even if you don’t see the mold formation on the outside, you’ll probably be able to smell it. You should throw these away.

Proper storage is always essential for any food, and it’s no different for bouillon cubes. As we said, these can last a long time, but how you store them can prolong or shorten that time by quite a lot.

Store-bought bouillon has some preservatives and plenty of salt, so it doesn’t go bad as quickly. Homemade, on the other hand, does go bad sooner.

How you store them depends on the type you have at hand. It also depends on whether you opened the foil packaging. Here are a few tips that can help you:

Air, moisture, and light are usually what causes food to go bad quickly. Keeping your cubes away from all of that makes them last longer. Now, this is usually only the case for homemade bouillon cubes since they don’t contain preservatives.

Choose an airtight container, making sure to leave some space between each cube. You can use some parchment paper as a barrier between several stacks.

As we said, you don’t have to store market cubes in a refrigerator. Instead, you can leave them in your pantry as long as it’s cool, dark, and dry.

Exposing them to any moisture and air might cause tiny spores and mold, which you want to avoid best you can. If you think your pantry isn’t as dark and cool, you can still keep cubes in there but in an airtight container or bag.

Refrigerating your cubes is often the safest way to preserve them, especially if you have homemade ones. Homemade bouillon can last up to five days when in a refrigerator.

As we said, you should always keep them in an airtight container. You don’t have to keep store-bought cubes in a fridge if you didn’t open them.

A stock you made from rehydrated cubes can stay in the fridge for about five days regardless of whether you use store-bought or homemade bouillon.

Storing these is pretty easy, but again, think about a few things before deciding on how you’ll preserve them. Did you open the original package? Are you storing homemade or store-bought cubes?

You might also want to check if the package features any instructions on how to store it. In some cases, manufacturers state where and how long you can keep the cubes before having to throw them away.

Whether you’ll throw them out or continue using them is up to you. In most cases, they’re safe to use if stored properly and without any traces of mold. 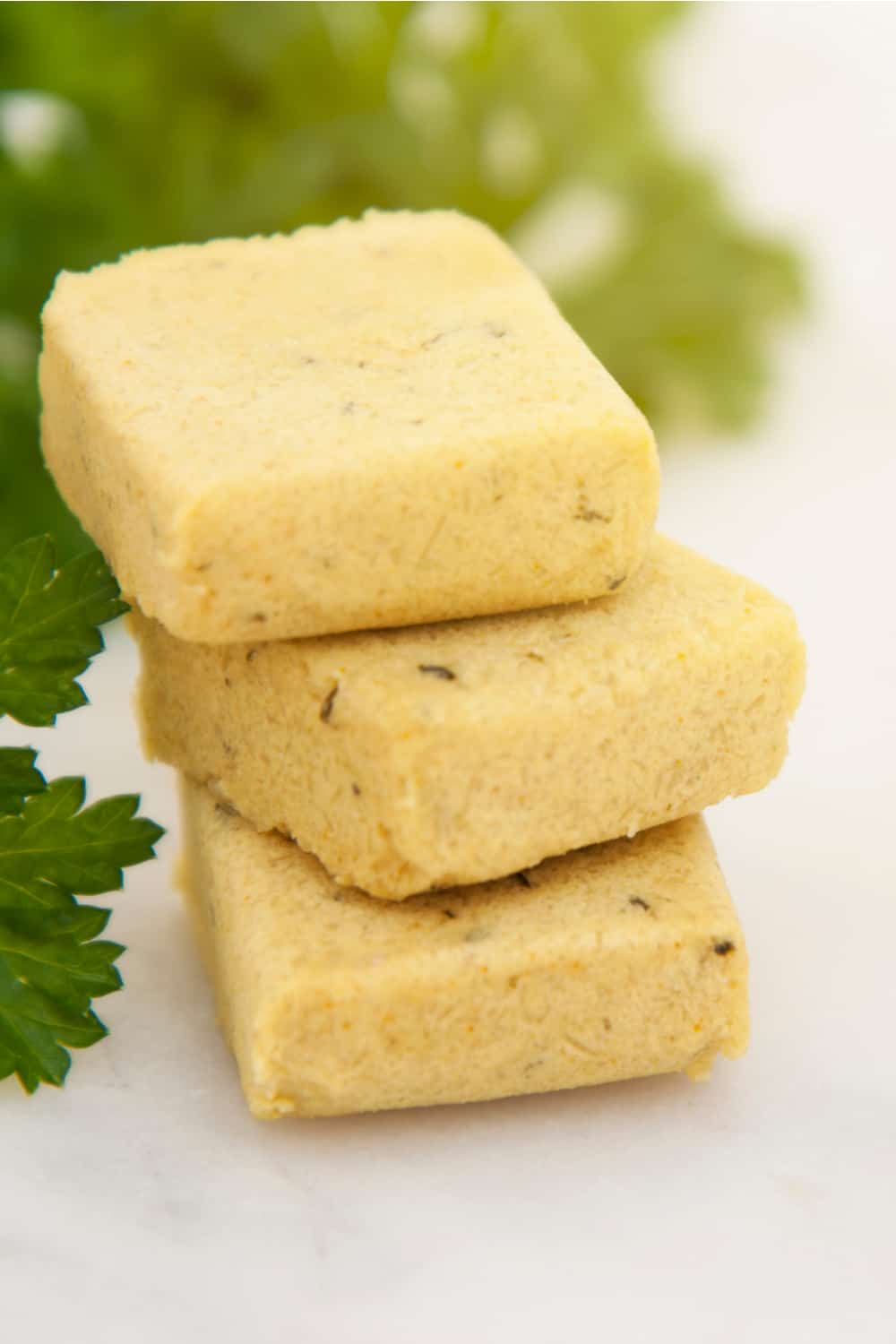 As mentioned, store-bought bouillon cubes can’t really go bad. You might notice some change in color and taste, but it’s unlikely this can oppose any threat to your health.

Still, you want to be careful with any expired food, including bouillon cubes. As we said, you should take some time to inspect the taste, smell, and color before using them.

The only real threat to your health is a moldy bouillon cube. Mold can make you sick for several days since it’s packed with bacteria your stomach can’t digest so easily.

Homemade cubes can go bad much faster than store-bought ones. Eating these past their expiration date will most likely make you sick and cause vomiting.

Can you Freeze Bouillon Cubes?

You can freeze bouillon cubes, but you don’t have to. Market cubes are made from dehydrated ingredients and have lots of salt and preservatives that help to prevent them from spoiling.

Freezing these won’t do anything for their freshness since they can already last a pretty long time.

However, homemade cubes can last longer if frozen. In most cases, you make these out of broth that you then freeze in an ice cube tray.

Frozen homemade cubes can sit in your freezer for up to six months, whereas fresh broth can only last for up to five days.

Bouillon cubes are useful and versatile, acting as flavor enhancements you can use in many recipes. Best of all – they can last a long time and are easy to store regardless of whether they’re made from chicken, vegetables, or fish.

Again, inspect the cube before consuming it to ensure there are no traces of mold. A packaged cube stored in a cool, dry, and dark place is often good to go for at least two years.