Blue cheese already smells and tastes rather intense, so it’s somewhat tricky to tell when it goes bad. It contains an edible mold, making it hard for people to determine whether it’s still good to eat.

However, it typically acts like all other cheeses which, means you have only a few days to enjoy its full potential. It has specific storage requirements to last a longer time, allowing you to enjoy it safely.

Continue reading to learn can blue cheese go bad and what you can do to keep it fresh as long as possible. 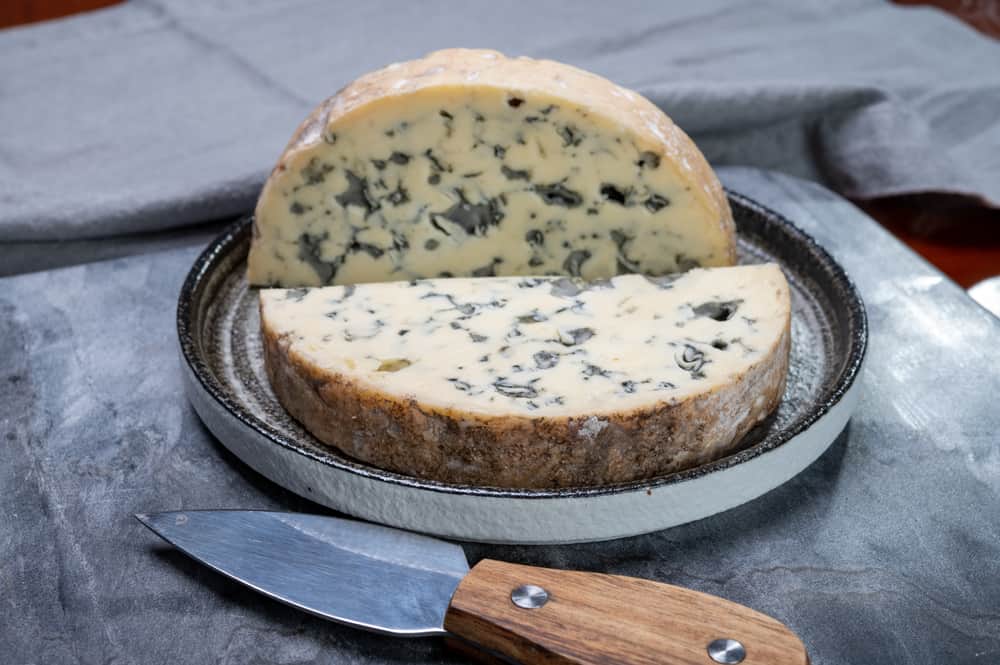 Although it’s safe to eat, it can go bad to the point it’s no longer safe. Other bacteria can easily develop if you store it improperly or take too much time to eat it.

It might be a bit tricky to tell if it’s bad or not since it already has mold on the surface. But, this is something you want to do if it’s been in your fridge for a while already.

How Long Does Blue Cheese Last 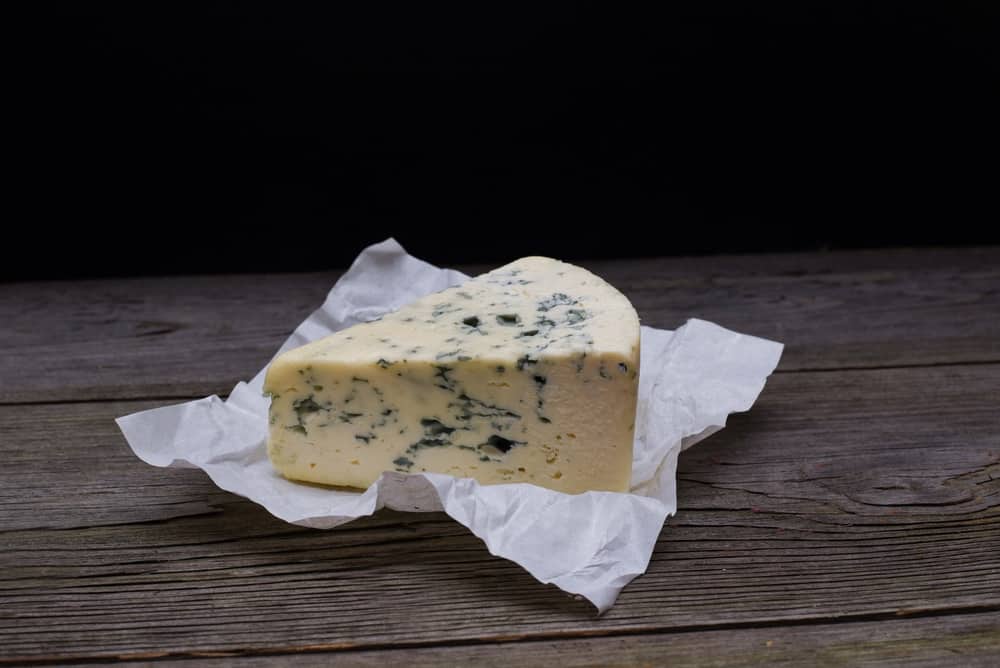 As it’s always the case, food has a limited shelf life that ranges depending on how you store it. For blue cheese, it’s about six months if it’s not opened.

However, many things affect its longevity. For this reason, unopened and opened packs don’t have the same longevity. In addition, it also depends on where you kept your cheese.

Opened pack of blue cheese is best used within three to four weeks. The same goes for fresh blue cheese you buy from the wheel.

Now, think about the packaging because it might shorten the shelf life. In other words, cheese wrapped in paper and a carton package might not last as long as the one packed in an airtight container.

One thing you should look at when buying blue cheese is the sell-by date on the packaging. It’s a good starting point, and you can expect your cheese to last at least a week or two past that date.

On the other hand, crumbled blue cheese has a shelf life of up to a year. If it’s unopened, it can even last a few weeks past the best-by date.

Tips to Tell if Blue Cheese Has Gone Bad 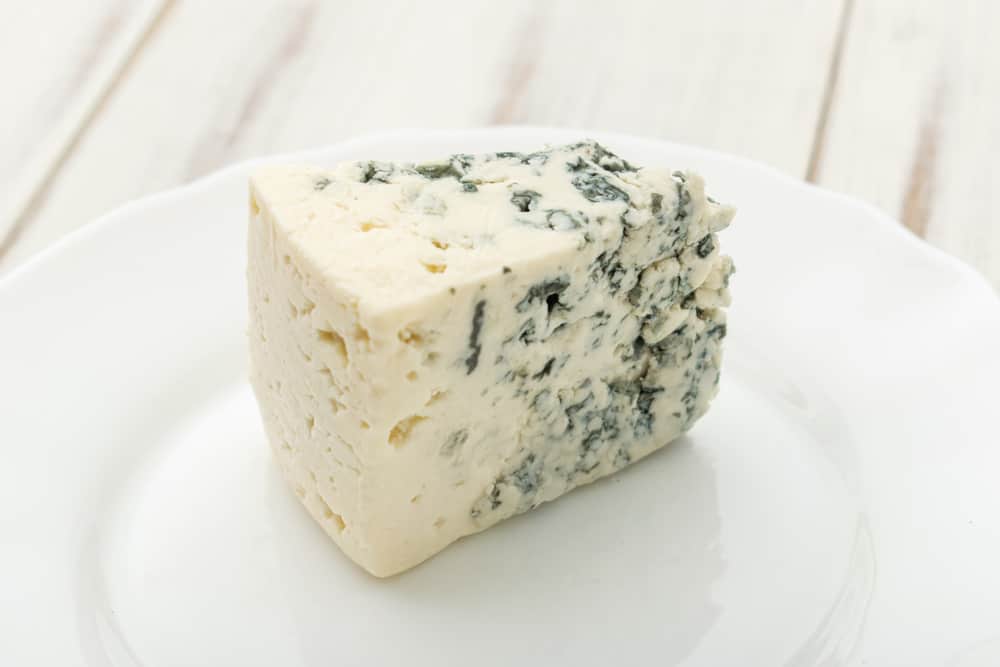 Blue cheese doesn’t take long to go bad, but it’s often tricky to tell when this happens. Technically, it’s already bad since it has mold, so you’ll have to rely on other things to determine if it’s still good to go.

It’s often best to go by what’s stated on the package labeling. This is especially the case for labels that say you should use it a few days after opening.

Still, even unopened cheese can go bad, so you’ll have to do a few tests before eating it. Here’s what you can do to tell if blue cheese has gone bad:

Blue cheese is known for its moldy surface that so many people love. However, this mold can sometimes make it hard to tell if you can eat it or not. If you’re unsure, take a closer look at the mold to check if it’s fuzzy. Blue mold isn’t fuzzy, so if you see anything black or grey that’s also fuzzy, it’s best to throw it away.

Look at it closely

The color of the flesh is typically creamy or white. It has probably gone bad if you notice it’s now green, yellow, pink, or brown. In this case, you should throw it away as it’s probably not safe to consume. Also, does your cheese look old? If it’s dry, crumbly, has a weird color, or just looks like it’s been in your fridge for too long, it’s time to throw it away.

Blue cheese has an intense smell that many people don’t like. So, someone might say it has gone bad as soon as opening the package. But, if you’re familiar with the smell, you’ll also be able to notice any change. Once the odor becomes much more intense than what’s typical for blue cheese, it’s time to discard it.

You might not like the idea of eating expired blue cheese, and that makes perfect sense. Eating it can make you quite sick, but taking a little nib probably won’t harm you. Tasting a piece is often the only way to ensure the cheese is good if the smell and appearance seem fine. If even after tasting it you can’t tell whether it’s spoiled, think about when you bought and opened the package and use your best judgment.

Proper storage is crucial, so you should always wrap blue cheese and store it in the fridge. The best temperature is somewhere between 46°F and 55°FF or 8°C and 13°C.

Now, the temperature in your fridge is probably lower, so you can either bring it up a bit or store the cheese in the crisper drawer.

Lowering the temperature in your fridge is unlikely to harm other foods and drinks you have in there, but make sure to check before doing so.

You should also think about how you’ll pack the cheese. If it’s pre-packed, you can go on and use the same wrap even after opening the package.

If you bought it fresh from the wheel, you’d have to repackage it, or else it’ll go bad rather quickly. So instead, use cheese paper, parchment paper, or wax paper before placing it in a freezer bag.

Wrap it well, but not too tightly, so that it still has some space to breathe. If you don’t have any of these paper options, you can also use an airtight container or a plastic bag. It’s not the best option, but it’s okay if you’ll finish it within a few days.

Since this is a dairy product, stay away from keeping it anywhere else other than the fridge. Pantry is off-limits, and so are the kitchen cabinets, even if you think they’re cool enough.

Plus, fluctuating temperatures make it go bad faster than it would at a stable temperature.

Freezing is also an option, but we’ll get into that later. It’s an ideal way of storing leftovers when you know you won’t eat everything before it goes bad.

Again, make sure not to freeze it more than once due to the change of temperatures. It’ll go bad quite fast.

Crumbled blue cheese should also go in the fridge. Once you open the package, transfer the cheese to an airtight container before putting it in the refrigerator. 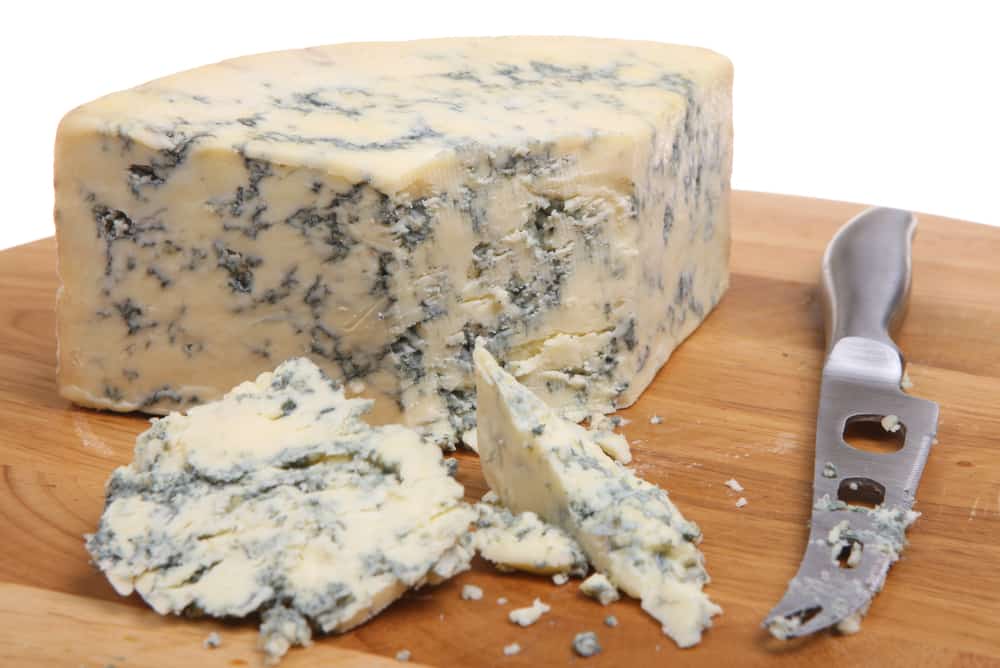 Eating expired blue cheese is quite dangerous for several reasons. First, if your cheese has any mold other than the normal penicillium, you’re at risk of becoming ill.

Not only will the mold make you ill, but you might also consume harmful bacterial such as Brucella, listeria, E. coli, and salmonella. All of these can cause food poisoning.

Some people might not be affected, while others can end up with severe symptoms, depending on how healthy their immune system is.

You might experience diarrhea, cramps, and vomiting if consuming expired blue cheese. Some molds might also produce mycotoxins. These are toxic compounds that can upset your immune system, causing digestive stress.

The best way to prevent this from happening is by consuming blue cheese promptly. Store it properly and make sure to eat it within a few days to ensure its safety.

Can You Freeze Blue Cheese?

As we already mentioned, you can freeze leftover blue cheese for later consumption. The good news is that it can be frozen forever. The bad news is that it would probably lose some quality after about a year.

Remember that blue cheese becomes crumbly after you thaw it. It’s also probably going to lose some taste, so it’s best to use it in cooking only as you won’t notice the reduced taste as much.

There are two ways to thaw blue cheese. You can do this in the fridge or while cooking, depending on how much time you have.

If you choose to thaw it in the fridge, make sure to give it a few hours or even a whole day if you have a larger wedge. If you’re adding it to anything cooking on your stove, you can skip defrosting it.

Blue cheese is unique and intense, so not everyone likes it. However, it has quite a following nonetheless, so you can find it anywhere in the world.

It has a relatively long shelf life when compared to other cheese types. But, much like all other types, it can go bad. However, it shows clear signs of spoilage, so you probably won’t have any issues determining if it’s safe to eat or not.