Skip to content
Lucky Belly » Does Cinnamon Go Bad？How Long Does It Last? 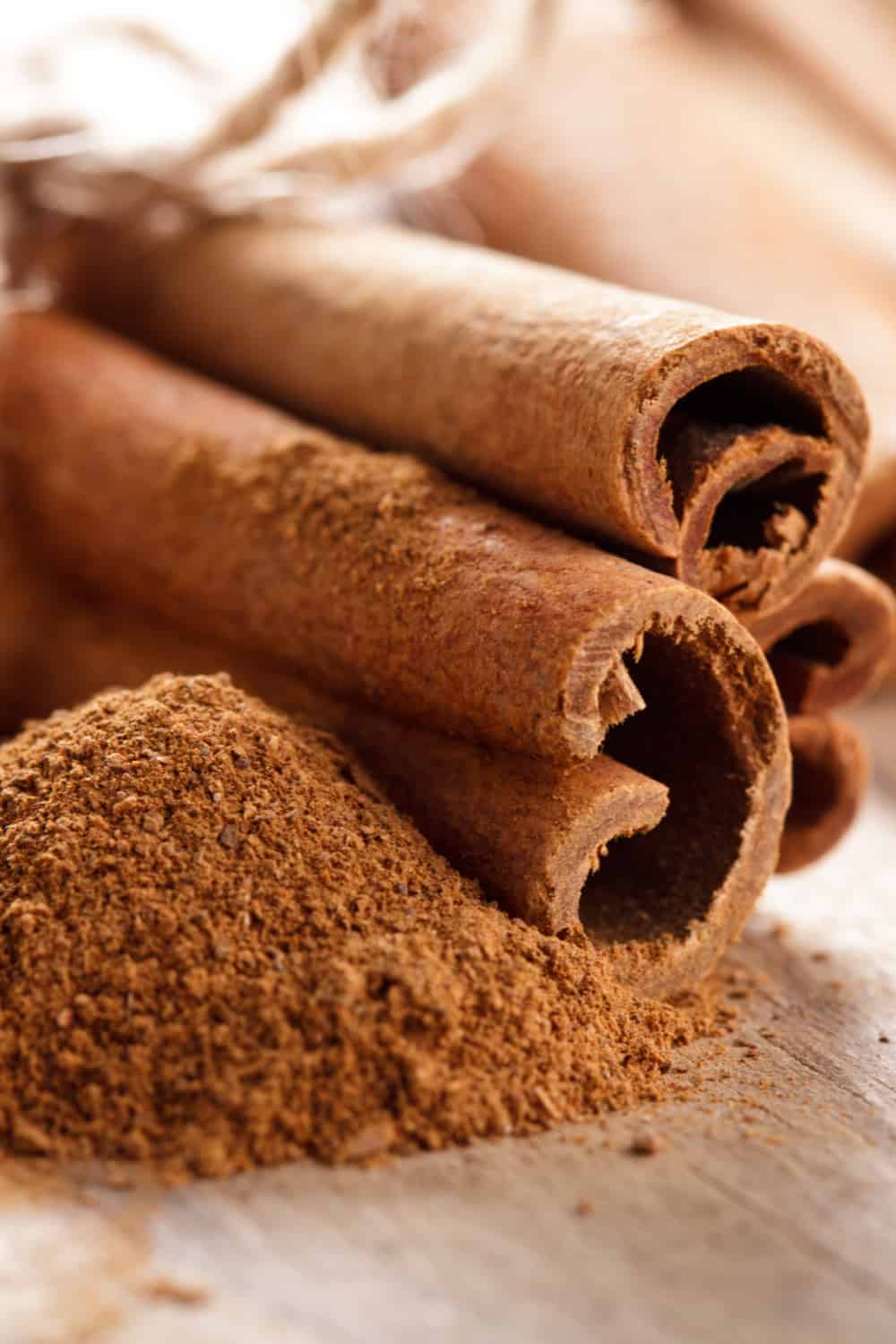 Spices add a great deal of flavor to our lives, and one of the most popular spices today is cinnamon. It can infuse your drinks, cakes, and curries with an aromatic woody and sweet flavor.

It is also good for us and offers many fantastic benefits for our health. Although we love to add cinnamon to many things, we might sometimes wonder whether cinnamon goes bad. 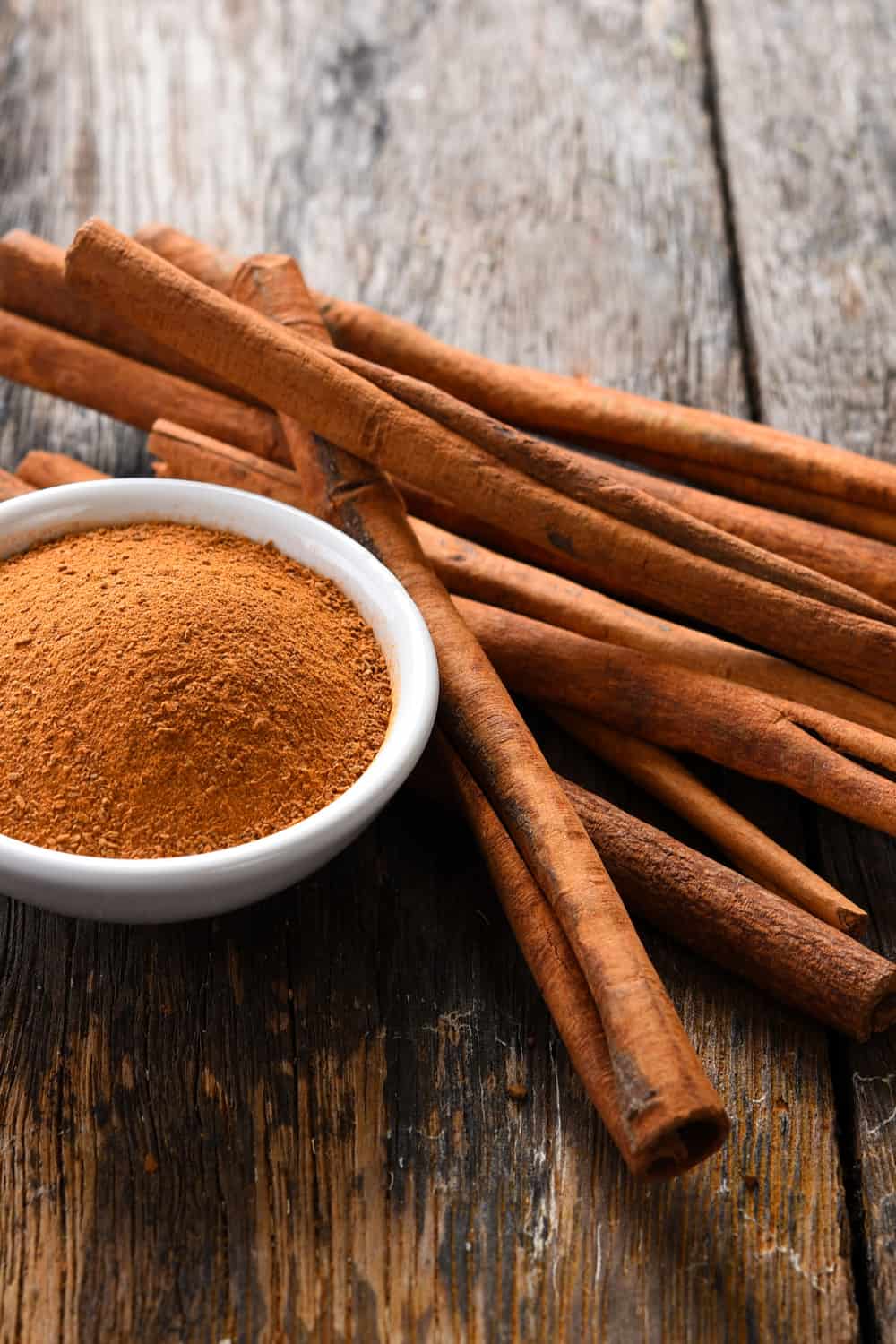 Like most spices, cinnamon doesn’t go rancid, but it does lose its wonderful aroma and flavor. So if you add cinnamon powder or cinnamon sticks to a dish or a drink and you can hardly tell it’s in there, it is probably time to buy new cinnamon.

Also, cinnamon can spoil if it isn’t stored correctly. So if your cinnamon has become spoiled, you should avoid using it in your meals and drinks.

How Long Does Cinnamon Last? 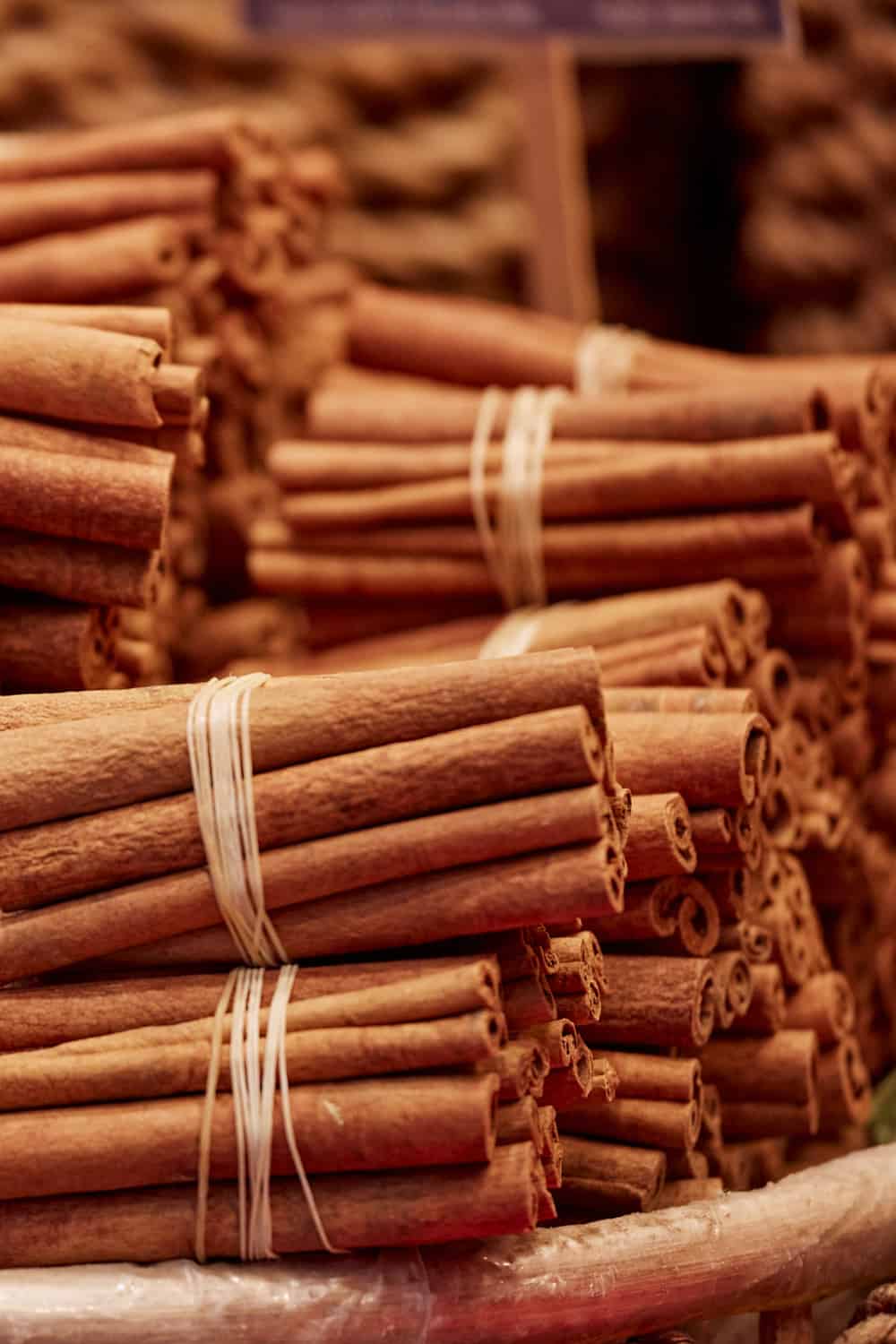 You can buy cinnamon in two forms, ground cinnamon or cinnamon sticks. Both of these last an impressively long time if they are stored correctly. Unopened ground cinnamon can last up to two years. If you have opened your grounded cinnamon, it won’t spoil, but its flavor and quality will decrease.

Likewise, unopened cinnamon sticks can last up to four years if stored correctly. If you have opened your cinnamon sticks, they can stay fresh for up to two years. People who love the intense flavor of cinnamon are advised to buy their cinnamon in stick form since it tends to be more flavorful than cinnamon in powder form.

4 Tips to Tell if Cinnamon Has Gone Bad 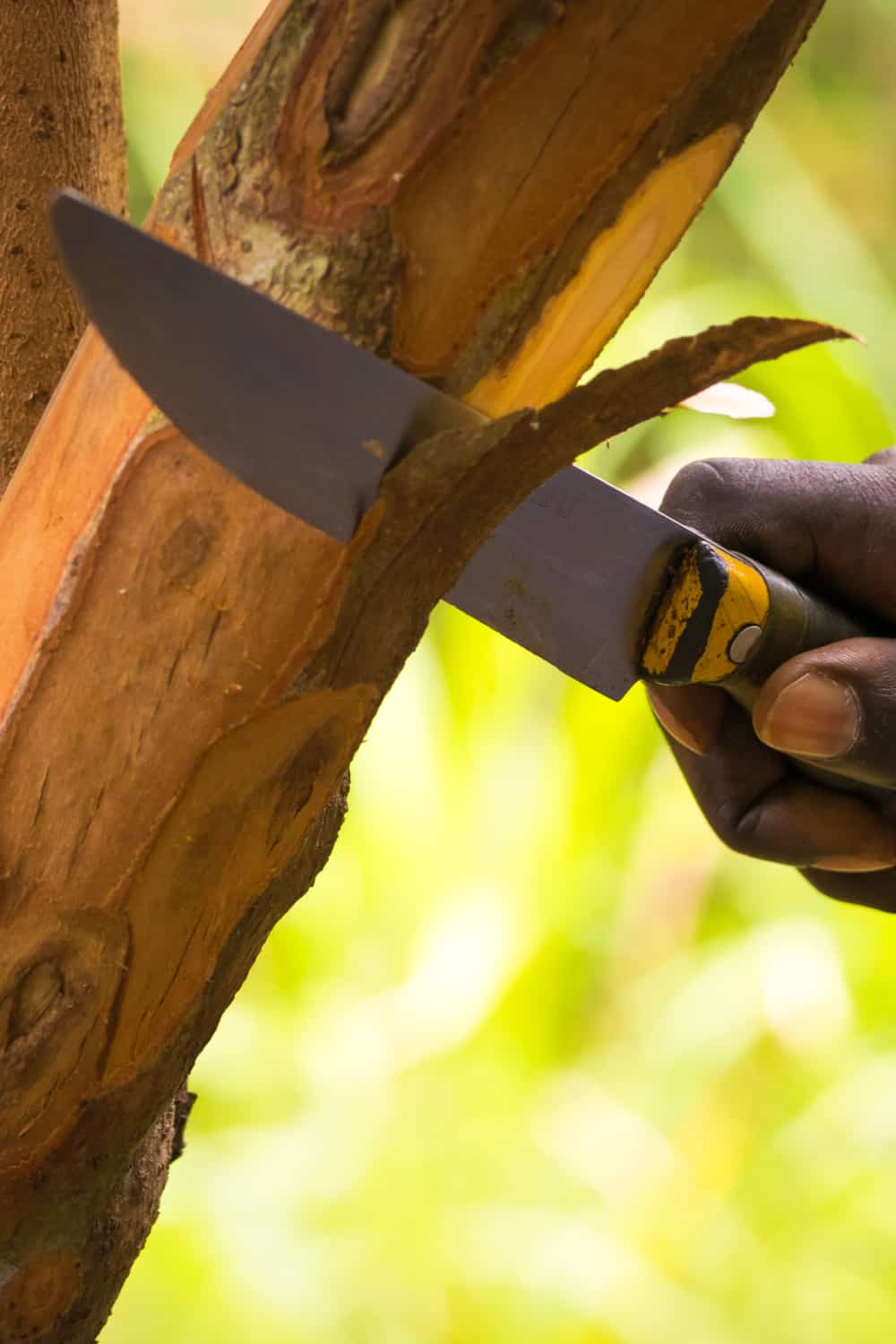 Cinnamon is a spice that has several health benefits. Although spices tend to last a long time, they don’t last indefinitely. It can be frustrating to cook with cinnamon only to find that it can’t be tasted in the result.

However, there are ways to tell if your cinnamon has gone past its best time of consumption. This is by smell, tasting, touching, and examining your cinnamon.

Cinnamon has a very distinct smell. If your cinnamon no longer smells the way it is supposed to, it isn’t fresh anymore. If it has an unusual or an unpleasant odor, it has gone past its best time for use. Smell your ground cinnamon or cinnamon sticks before use to make sure you are using fresh cinnamon.

Cinnamon is a spice that is packed with flavor. If your cinnamon has become tasteless, it isn’t fresh anymore. Therefore, you should stop using it because it won’t make any difference in your drinks or meals anyway.

Alternatively, if your cinnamon has an unpleasant taste, you shouldn’t continue using it. You can taste some of your ground cinnamon if you are unsure whether it is still fresh. For cinnamon sticks, you can rub a small part between your fingers and try a little bit.

Ground cinnamon is a loose powder. Therefore, if your ground cinnamon has become sticky or clumpy, it is no longer fresh. Never use cinnamon that feels slimy or appears to be sweaty.

If you purchased ground cinnamon and it remains unopened, it can last for up to two years. However, once you open it, it will stay fresh for about half that amount of time.

Always be sure that you close your ground cinnamon container properly to avoid bug infestations or mold contamination. Ground cinnamon should always be stored in an airtight container in a space that isn’t too hot or too cold.

Many people are tempted to keep their ground cinnamon in the fridge or freezer, but that should be avoided. Ground cinnamon is best kept in your pantry because extreme heat or cold will make it lose its potency.

That’s why you shouldn’t keep your ground cinnamon refrigerated or frozen.

Likewise, it would be best if you didn’t keep it near your stove or oven. Instead, keep your ground cinnamon at a spot that doesn’t get any direct sunlight. The perfect place won’t be affected by any heat sources.

If you are unsure whether your cinnamon sticks are still fresh, rub a small part of a cinnamon stick on your hand and smell it. It should still have a robust cinnamony taste and smell.

To ensure a long shelf life of your cinnamon sticks, keep your airtight container in a dry place that doesn’t receive too much light.

The Risk of Consuming Expired Cinnamon

If your ground cinnamon or cinnamon sticks have expired, there won’t be much aroma or taste to your cinnamon. Contrary to popular belief, you won’t be harmed if you digest cinnamon that has expired, but you will probably be disappointed by its quality.

Although expired cinnamon isn’t harmful, doctors advise against the overuse or consuming too much cinnamon. Diet trends might encourage people to eat tablespoons of cinnamon as a weight loss booster, but this should never be done because it isn’t safe.

Instead, use fresh cinnamon sticks and ground cinnamon in your cooking, baking, and drinks within reasonable limits. You’ll be amazed by how aromatic and delicious a touch of fresh cinnamon can make your food or drinks.

Can You Freeze Cinnamon?

Although it is possible to freeze spices if you buy them in large quantities, it isn’t recommended with cinnamon. This is because cinnamon is quite sensitive to heat and cold temperatures.

In addition, freezing your cinnamon could lead to your cinnamon losing its flavor and potency. Freezing cinnamon will indeed prevent bacteria or mold growth, but you might end up with a large bag of cinnamon that has become flavorless.

Therefore, if you buy your cinnamon in large quantities, it is better to take the amount you plan to use for the next month or two and put it in an airtight container.

You can turn your meals into masterpieces with a touch of fresh cinnamon. Knowing whether cinnamon goes bad and how to avoid it is crucial in helping you keep your meals and drinks tasting tremendous and flavorful.