Skip to content
Lucky Belly » How Long Does Gelatin Last? (Tips to Store for Long Time) 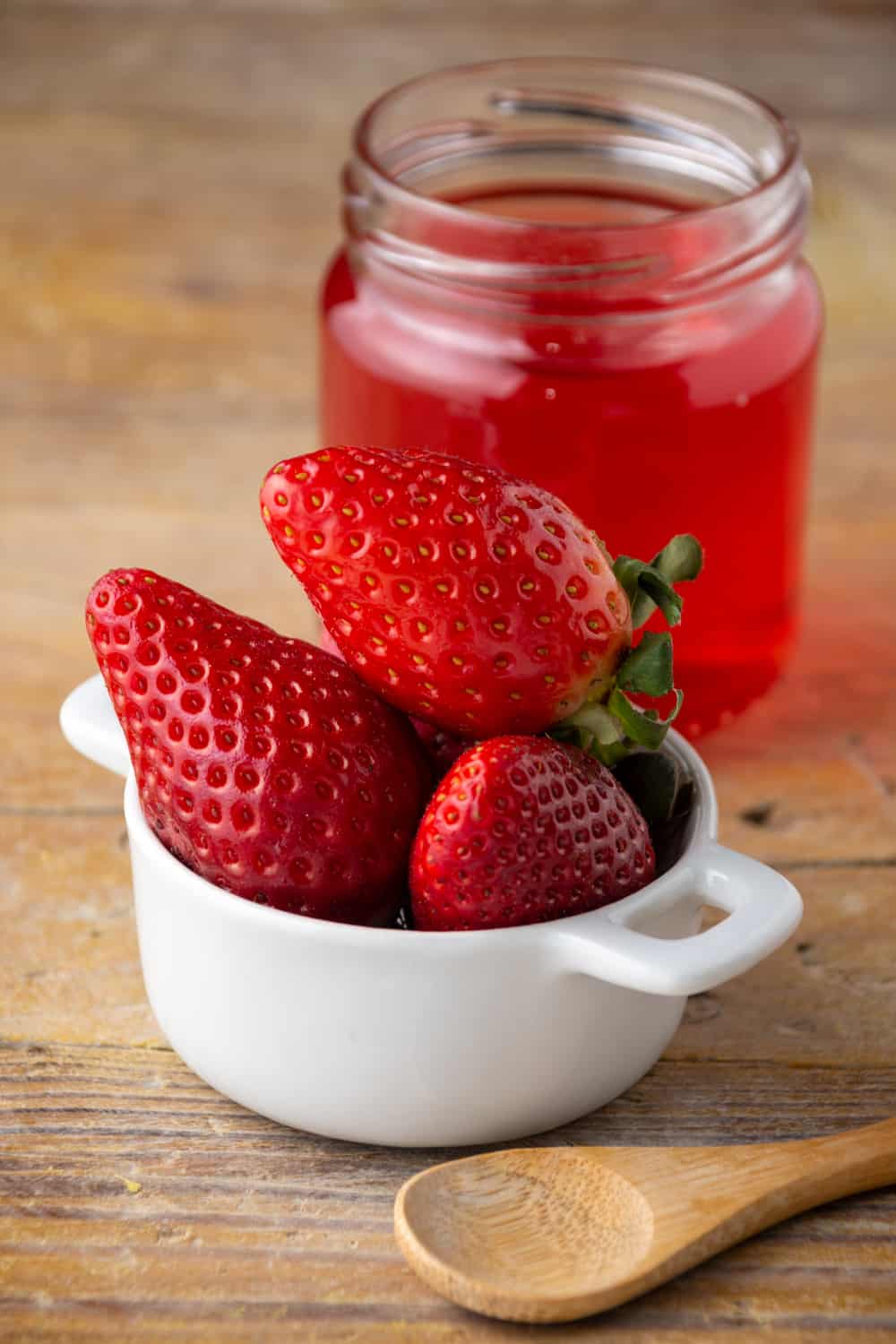 Gelatin is a versatile substance used in many things like glue, candies, medicines, glue, and more. It’s also used for culinary purposes as it helps to texturize, thicken, and stabilize different foods.

If you have a box of gelatin you’re not sure about, take a look at the article below to find out whether it can go bad and how to tell if it already did.

Gelatin can be powdered or come in the form of pre-made products, so the expiration date usually depends on the particular gelatin you have.

Powdered gelatin is unlikely to go bad if stored properly. You’ll probably see the best-by date marked on the box, but that’s usually due to food regulations.

Many people claim you can use powdered gelatin for years as it never loses its gelling abilities. Pre-made gelatin products can’t last as long, though, so you want to be more careful here, especially if you see a change in consistency.

How Long Does Gelatin Last? 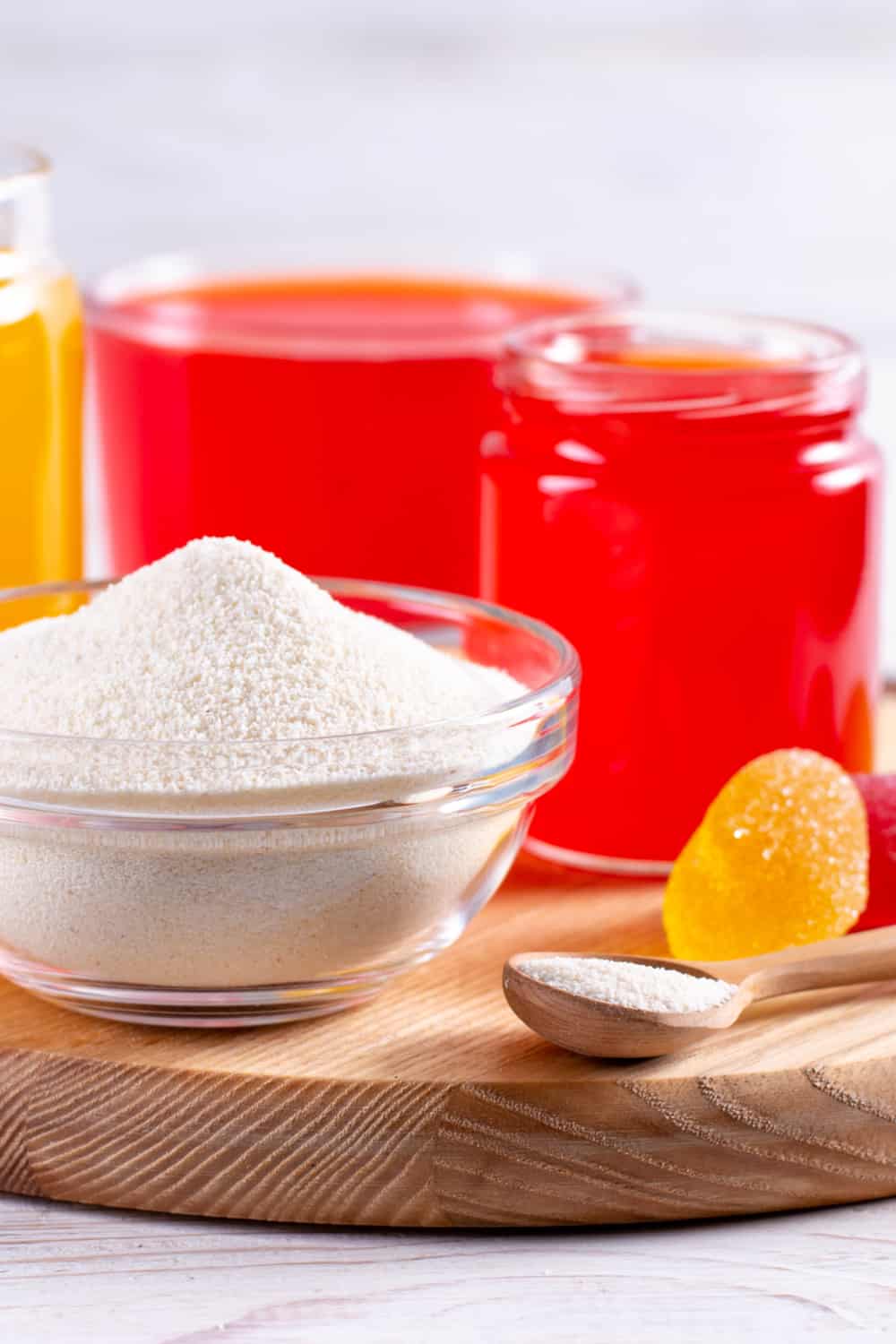 Dry and properly stored powdered gelatin can last forever. As we said, there’s probably a best-by date somewhere on the packaging due to food safety regulations, but it doesn’t mean the product is useless if you pass that date.

It can only last this long if the packaging is unopened, usually because it was initially packaged in a controlled environment. Once you open it, it’s best to go through it within three months.

Other forms of gelatin-like ready-to-eat snacks don’t last nearly as long, most often due to other ingredients they contain. For example, yogurt has gelatin, but it also has dairy that can’t last as long.

These snacks often have a shelf life of a few weeks, but don’t expect them to last as long if you opened the package. Those stored in the fridge can last longer than those in your pantry.

How long your gelatin will last usually depends on the particular product you bought, how you store it, and whether you already opened the package.

Homemade gelatin dressings and salads are safe to eat within seven days, but make sure to store them in a refrigerator.

4 Tips to Tell if Gelatin has Gone Bad? 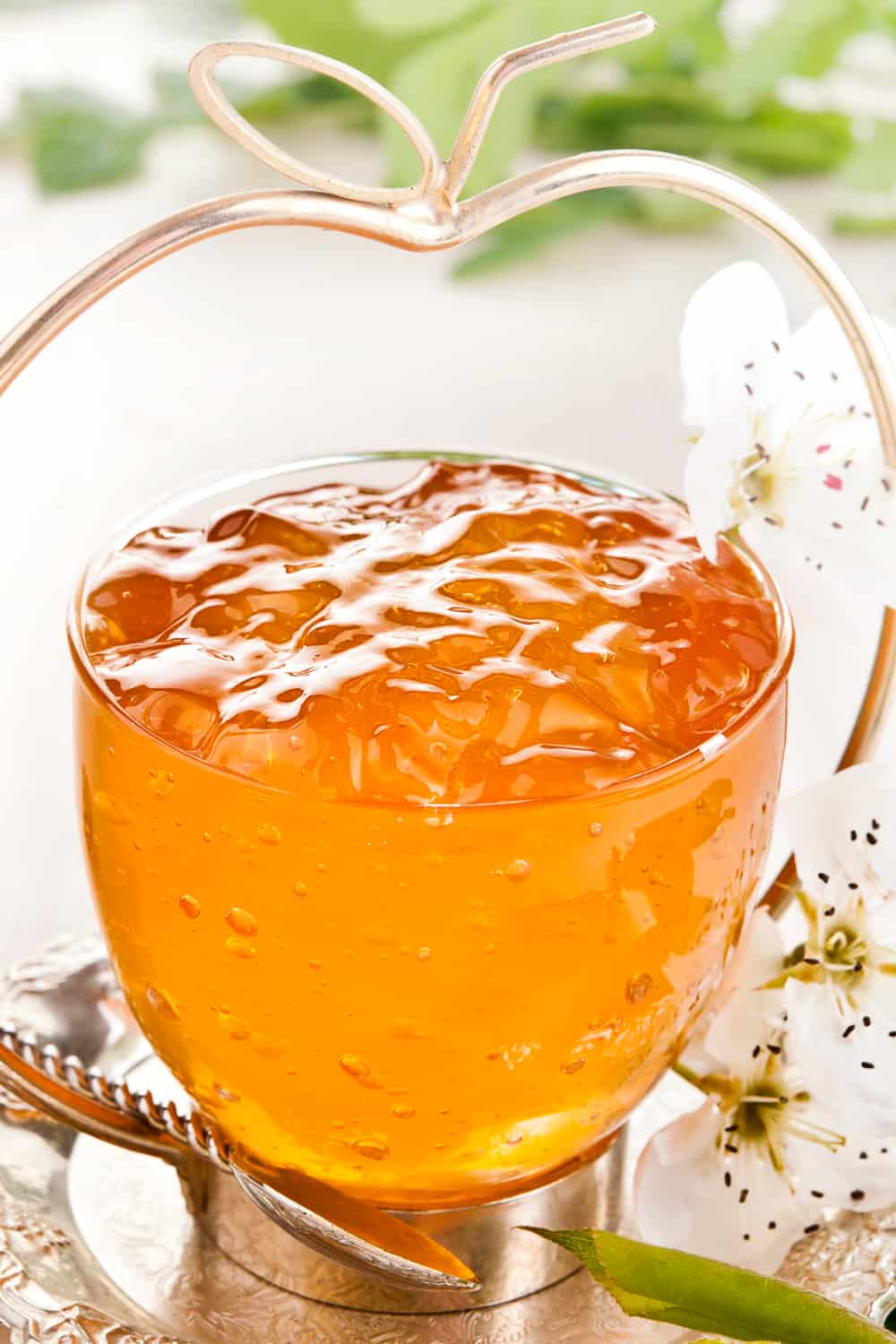 Although gelatin can generally last a really long time, it can still go bad if not stored properly. Now, different gelatin forms and products show different signs that tell you they’re no longer usable and safe to eat.

In most cases, using it before the best-by date is the safest option, but even then, how you store it plays a significant role in how long it lasts.

Here are a few tips that can help you determine whether that pack of gelatin you have is still okay to use.

You will almost always notice a color change or mold if gelatin has gone bad. A change in color means that gelatin is degrading, so think twice if you want to eat it. You might notice mold specks within the powder or as a layer on top of your pre-made gelatin snack.

Gelatin loses its structure and becomes more watery once it’s gone bad. However, this is only the case with pre-made gelatin products since powder won’t change consistency in this case.

All products smell differently when they go bad, and it’s no different for gelatin. Both gelatin powder and pre-made products will have a sour odor that’s a clear indicator they’ve gone bad. It’s usually a pretty sharp smell that will cause your food to have a weird taste if you use that gelatin in a recipe.

Do a taste test

Taste the gelatin if you’re unsure of its best-by date. You’ll know that it has gone bad because of the sour taste that matches the odor. It might change the taste of your food if you use it in a recipe.

Most gelatin products like leaf and powder gelatin are sold at room temperature, although some are refrigerated. Popsicles that contain gelatin are even frozen and should be stored the same way.

Some of these foods have specific requirements when it comes to storing, so make sure to read the back of the packaging. In most cases, you’ll find precise guidelines on how to properly store the product you have at hand.

Storing in the pantry

Your pantry (if it’s cool and dark) is perfect for storing unopened gelatin products. You should ensure that the environment is dry, dark, and at room temperature so that your gelatin doesn’t go bad. If you have an opened pack of gelatin, you can store it the same way, but make sure to seal it tightly. This will keep the moisture out so that it doesn’t develop mold.

When storing gelatin in your pantry, try to leave it in its box or choose a dark container. This way, you prevent any light from getting to it as much as possible. When stored like this, it can last for years beyond its best-by date.

Storing in the fridge

Gelatin products and food you made using gelatin should be stored in the fridge. The same goes for an opened pack of a gelatin snack as it can only last several days if you refrigerate it. Other things like salad dressings and cakes with gelatin should be placed in an airtight container to avoid spoiling. Also, make sure to use them within a week.

It’s always best to store your gelatin in a glass and airtight container when storing it in the fridge. This is especially the case for some soft cakes and yogurts you already opened. Storing these things in plastic containers might lead to a weird taste/smell developing after a few days, especially if the container has cuts and scratches.

Storing in the freezer

While you can freeze powdered gelatin, there’s no evidence on whether you’re doing it any favor. It can already last a pretty long time, even when stored in your pantry, so there’s no real reason to freeze it.

As for other products like puddings and jellies, you might discover a change in consistency once you thaw them. In most cases, freeze either doesn’t do anything or spoils the gelatin, unless it’s in ice cream, popsicles, and other foods that you should freeze regardless.

The Risk of Consuming an Expired Gelatin 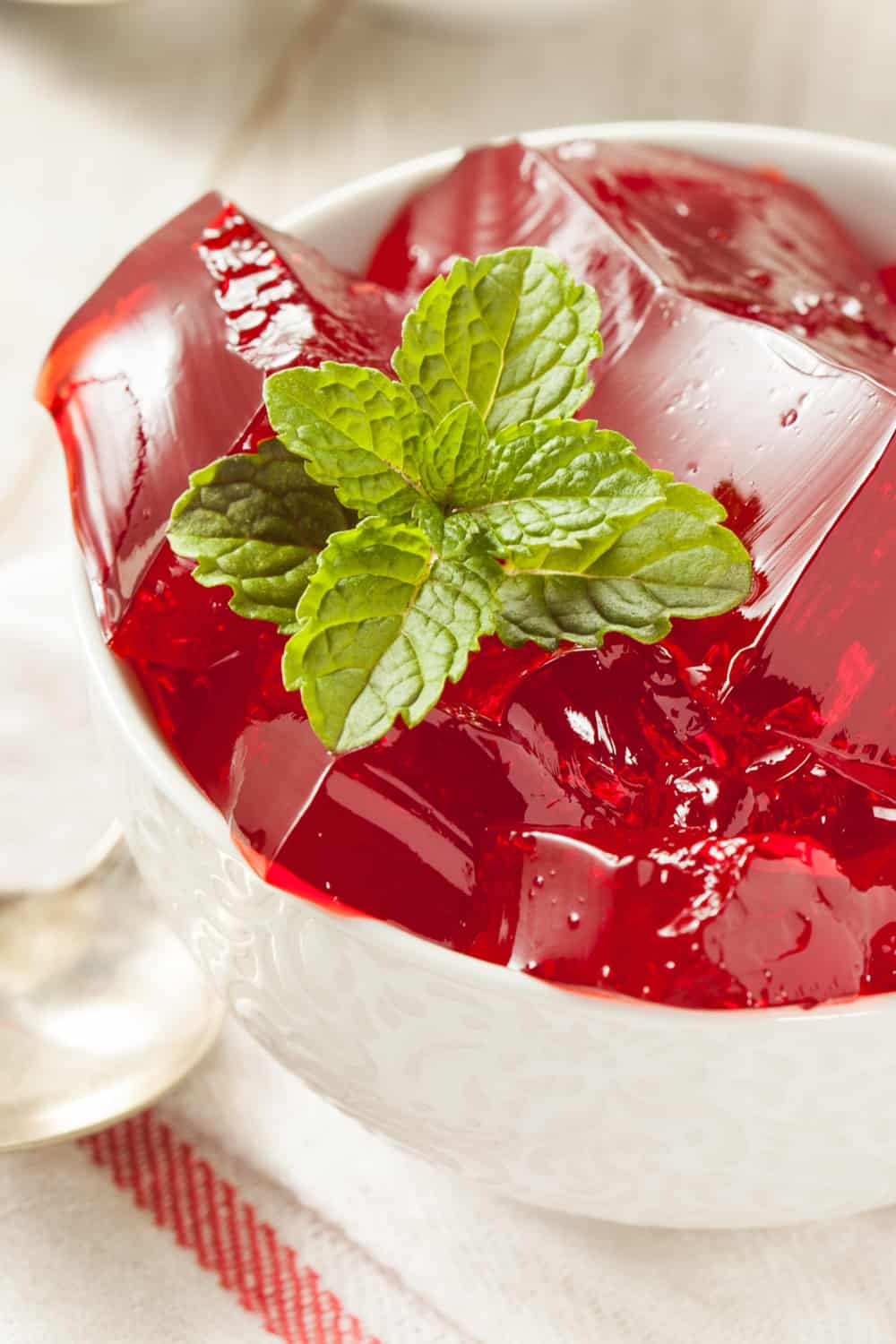 The risks depend on whether the product has been opened or not. For example, an unopened package of powder gelatin stored in a dark pantry is probably safe to consume even if expired.

However, it might not work, so keep that in mind if you’re planning on using it in a recipe.

There aren’t many risks with consuming expired pre-made gelatin products either, but this depends on whether you opened the original package.

Make sure to inspect it before eating it. Look for separated moisture or mold, both of which are clear indicators you probably shouldn’t eat whatever gelatin snack you planned on eating.

Expired gelatin might have a weird taste and odor, which can make you sick for a while, but there aren’t any more severe risks. You probably won’t have any more severe symptoms even if you consume some that have a bit of mold, although moldy food is generally safer to discard immediately.

What if you didn’t see the mold? A tiny bit is unlikely to harm you if you have a healthy immune system, although you might experience vomiting and nausea due to the taste and odor.

Can you Freeze Gelatin? 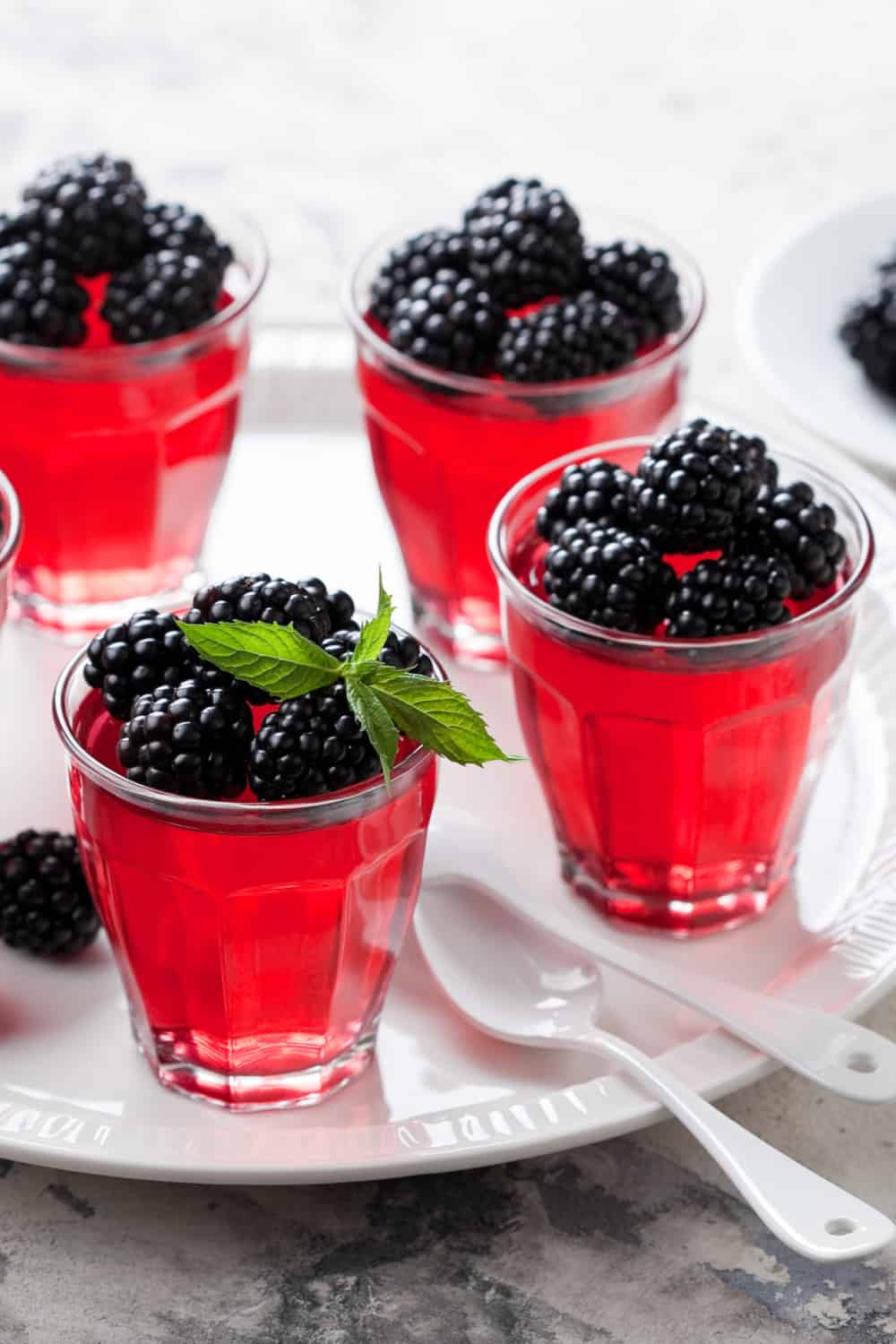 Some foods that contain gelatin can be frozen, but these usually don’t contain too much of it. Gelatin itself cannot be frozen, so it’s best to store it as we described earlier.

It doesn’t freeze well because its structure is destroyed at such low temperatures. As a result, it becomes a liquid mess rather than the jelly-like food you tried to freeze.

You might be able to freeze some foods you made with gelatin, but this depends on how much of it you added. For example, mousses and ice creams are likely to freeze, but anything with more gelatin probably won’t survive.

Gelatin is useful to have in your kitchen as it’s highly versatile and easy to use. It’s a key ingredient in so many recipes, so it’s no surprise you want it at hand at all times.

And if you were worried about its expiration date, you now know that gelatin can’t really go bad. But, again, be mindful about how you store it so that you can get the most of it.