Grenadine is a red syrup made from pomegranate, used in many cocktails and delicious drinks. However, if you’re like most people, the bottle you have is probably only half used and relatively old.

It happens with syrups – we buy them for a delicious drink, then we forget about them. Luckily, most of them can last quite a long time.

Stay tuned to learn if grenadine can go bad, is it better to use homemade or store-bought, and what you can do to prolong its shelf life.

Grenadine is a staple syrup if you’re into cocktails, both alcoholic and non-alcoholic. The market is packed with different kinds, some of which last longer than others.

Traditionally, grenadine is made from pomegranate juice, sugar, lemon juice, and possibly orange flower water. However, most commercially produced grenadine doesn’t actually contain any fruit but artificial flavors and colors.

Much like the homemade version, it can go bad, but not so quickly. So, yes – grenadine can go bad but can last a long time with proper storage. Also, you’ll come across different kinds that have a variable shelf life.

How Long Does Grenadine Last 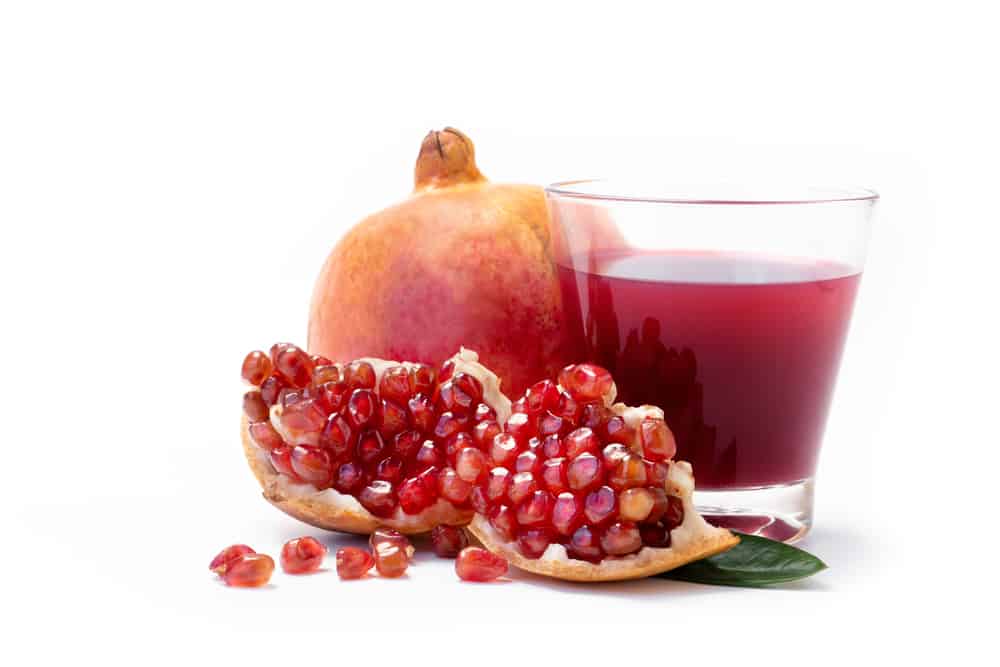 Grenadine is non-alcoholic syrup but still has a long shelf life due to the amount of sugar. It typically comes with a best-by date, indicating how long it should retain its peak quality.

Remember that this isn’t the expiration date, and your syrup will likely still be good past that. An unopened bottle will last you at least a few months past the best-by date.

The best way to store it is in the fridge, where it can last about six months. Still, you can leave it at room temperature, and it won’t go bad for at least two to three months.

It all depends on the particular syrup you have as well as how you store it. Top-quality grenadine containing real fruit will likely go bad much faster than one with artificial colors and flavors.

Also, keep in mind these are estimated times, and your syrup won’t magically go bad once six months are up. You will, however, find the quality changed, so it’s often best to use it within two or three months.

Tips to Tell if Grenadine Has Gone Bad 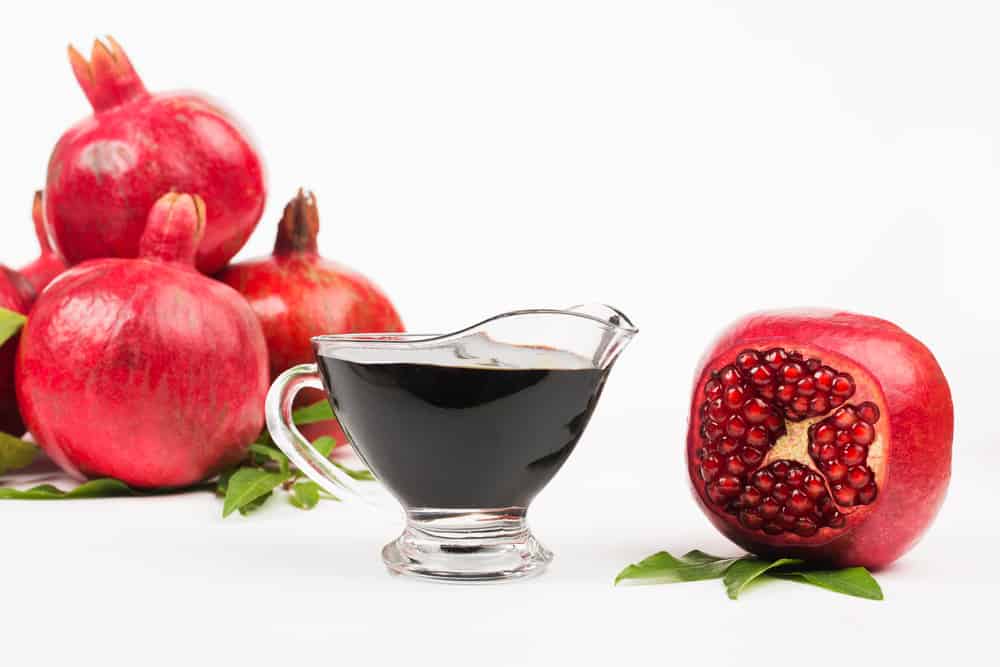 Grenadine contains a lot of sugar, so it’s unlikely to go bad as quickly. Sugar preserves it well, which means that it’s probably always safe to consume.

Still, even if your grenadine is still safe to drink, you might not like the quality. If you made a few cocktails you weren’t happy with – grenadine is probably the reason.

It doesn’t expire in a traditional way, so you can continue using it even if the quality drops. But in most cases, it’s best to finish the bottle in a few months.

Luckily, there are a few ways to tell if grenadine has gone bad. It usually involves the well-known taste and sniff tests that aren’t always the most reliable but do the trick.

Here’s what you can do:

Grenadine is syrup and should run similarly to corn or maple syrup. It has a relatively thick consistency, but it’s smooth. If it’s not smooth, something’s wrong with it. Run it in a bowl or a plate where you can do a close inspection to find any lumps or sugar crystals. If you don’t find any, you can move on to the next tip. If you see lumps and crystals, the syrup has gone bad due to fluctuating temperatures.

You may not like tasting grenadine that has potentially gone bad. But, the consistency test won’t always be enough. Luckily, a little sip of grenadine, even if it has gone bad, won’t harm you. It’s the best way to determine if the taste had shifted from sweet and tangy to weird and medicine-like. A bad taste is likely the result of broken-down ingredients. If it tastes rotten, it’s ready for the trash can.

Think about the purchase date 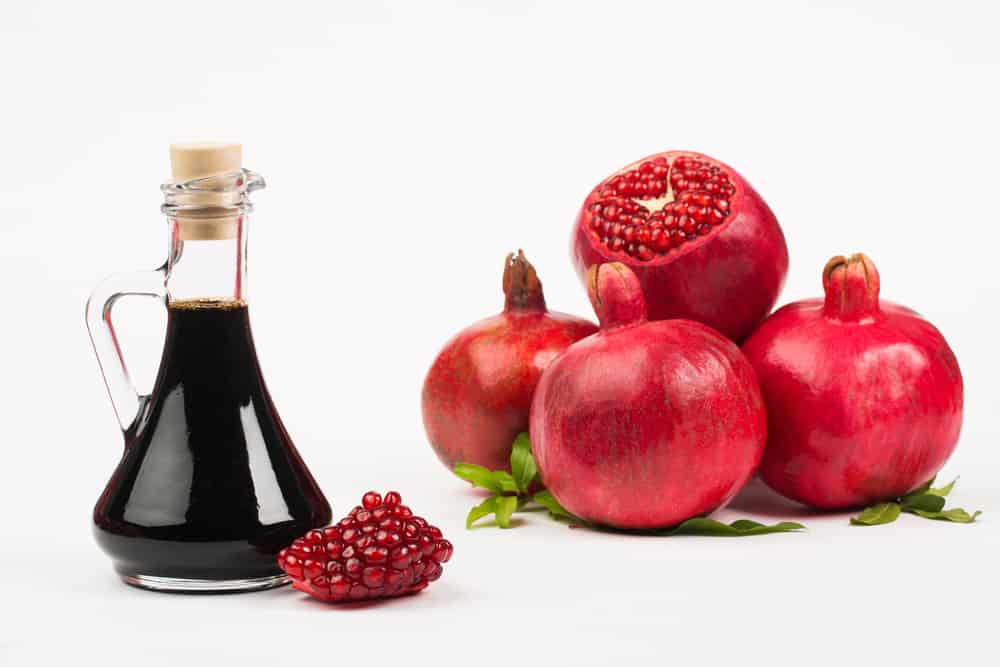 The most popular question when it comes to storing grenadine is whether it needs to be refrigerated. And the good news is that it doesn’t.

Grenadine has lots of sugar that does an excellent job of preserving it for quite a while. For this reason, the bottle you have won’t take up the valuable space in your fridge.

Still, this is a matter of preference. Some people prefer the fridge because it’s the safest environment for syrup, thanks to the steady temperature. This is especially the case if you bought expensive grenadine you don’t want to waste.

There are a few things you should pay attention to. First, proper storage can prolong its shelf life by a few months, so it helps to find the right spot. Here’s what can help:

Find a cool and dark place

Much like all drinks and foods, grenadine likes cool and dark places. Sun exposure will cause the ingredients to break down rather quickly, and you’ll end up with lumpy grenadine. For this reason, store it away from sunlight and any source of heat.

Either one of these places is a good idea, depending on how much space you’re working with. As we said, you don’t have to refrigerate grenadine, although that’s the safest and best way to store it. Your pantry and kitchen cabinets are also perfectly fine as long as they’re cool and dark. Which one of these you’ll choose is up to you, but make sure to consider the kind of grenadine you have.

The first thing you should think about is how long it takes you to finish a bottle. If you’ll make cocktails over the weekend and go through the entire bottle, you can keep it just about anywhere.

But, if you know it’ll take you months to finish it, and it was an expensive bottle, it’s better off in the fridge.

Nowadays, cheap store-bought grenadine has questionable ingredients as it’s packed with corn syrup and artificial colors. However, it doesn’t go bad the same way as your homemade grenadine or a store-bought one that contains real fruit.

The Risk of Consuming Expired Grenadine

As we said, grenadine doesn’t expire in the traditional way. It doesn’t have an expiration date, so you’ll often have to rely on your senses to determine if it’s good or not.

It contains lots of sugar and possibly some artificial ingredients, so you might experience a bit of nausea. But, consuming bad grenadine isn’t dangerous and shouldn’t present any real threat to your health.

Once it goes bad, it loses its quality and taste, so you’ll notice your cocktails are mild and not as tasty. This is likely due to bad grenadine. But drinking such a cocktail shouldn’t harm you.

Stay clear from consuming years-old grenadine, especially if the bottle is opened. It probably won’t harm you, but it’s often better to be safe than sorry.

In some cases, there might be sugar built up, and bacteria so just throw it away if it’s at least three months past the best-by date and opened.

Can you Freeze Grenadine?

Grenadine has a relatively long shelf life and is unlikely to go bad, so freezing it can seem a bit pointless. Still, it makes perfect sense if you know you won’t use it for months.

It can be frozen, but make sure to transfer it into a freezer-friendly container. Freezing it in its original bottle is a bad idea as it can explode.

Another way you can do this is by pouring it in an ice cube tray. Once the cubes are frozen, you can transfer them to a freezer bag or an airtight container.

In this case, you want to remove as much air as possible so that the cubes don’t pick up on other odors. Frozen grenadine cubes can last forever, but the quality will start to diminish after about six months.

Grenadine is the perfect syrup to keep for cocktails and other delicious drinks. It has a long shelf life and is easy to store just about anywhere in your house.

However, many kinds of grenadine act differently, so make sure to check the best-by date on the label. The back of the bottle might even include some info on how to store it.

The best thing to do is try to use it within a few months or refrigerate/freeze it if you need more time.