Skip to content
Lucky Belly » Does Lard Go Bad？How Long Does It Last?

Lard is a versatile product that we can use in cooking and baking to make our food stand out. People who love cooking always enjoy having lard on hand because it offers a different taste to meals. Lard is such a popular product in the kitchen that people might often wonder whether lard goes bad.

Lard goes bad after some time, just like most food items do. You might find that after some time has passed, your lard has a rancid taste, or it has lost its aroma; then you know your lard has gone past its best. It is best to throw out any lard that has passed its best because it will affect the taste of your meals.

Most people who enjoy cooking do not like the idea of expired ingredients affecting the quality of their food. Therefore, if you feel that the lard you have on hand has lost its quality, it is better to replace it with fresh lard.

We all dream of placing perfect and delicious meals in front of our family members and friends, but unfortunately, this might mean that we throw out ingredients, like lard that has passed its time.

How Long Does Lard Last? 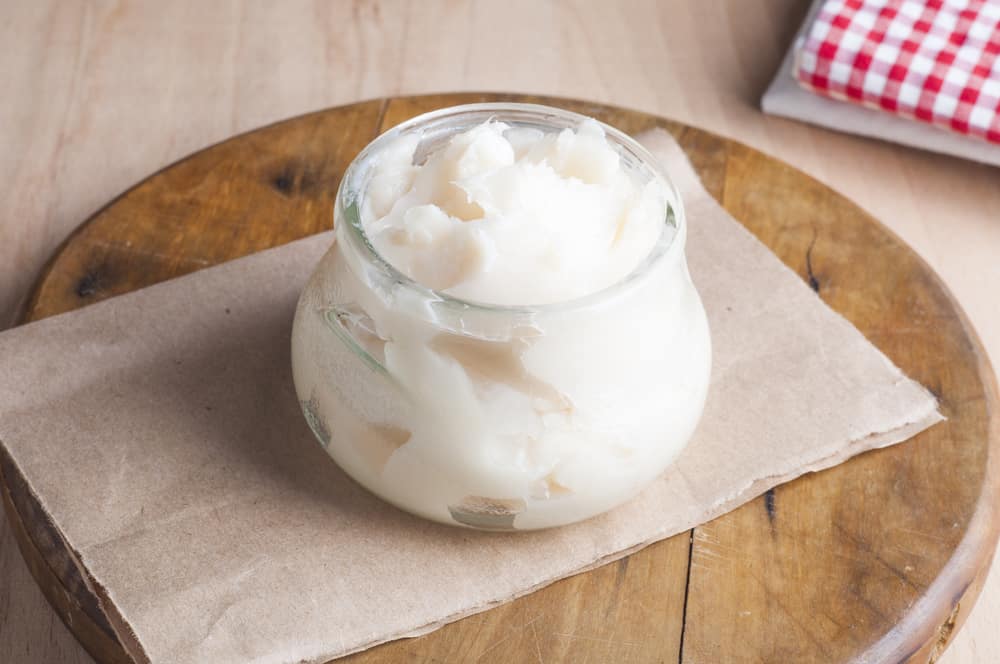 Since lard is mostly made up of saturated fats, it can quickly spoil if it isn’t stored correctly.

However, it is sensitive to heat and direct sunlight. Therefore, if you store your lard in a cool, dry, dark place, it will last much longer than if it is out in the open, where it can be affected by heat or direct sunlight.

Lard comes with a best by date meaning that the quality of the lard is guaranteed up to that date. It doesn’t expire after the date, but you might find that your lard decreases in quality after the best by date has passed.

If you feel that your lard has lost its quality, it is better to get fresh lard for your cooking. People who enjoy freezing their lard find that it freezes very well.

You can keep your lard safely frozen for well up to a year. If you are storing your lard in the freezer, keep in mind that lard doesn’t react well with moisture.

In fact, moisture can decrease your lard’s shelf life and quality dramatically.

Therefore you need to store your lard in an airtight container or wrap it properly in plastic wrap, preventing any moisture from getting access to your lard in the freezer, fridge, or pantry.

4 Tips To Tell if Your Lard Has Gone Bad 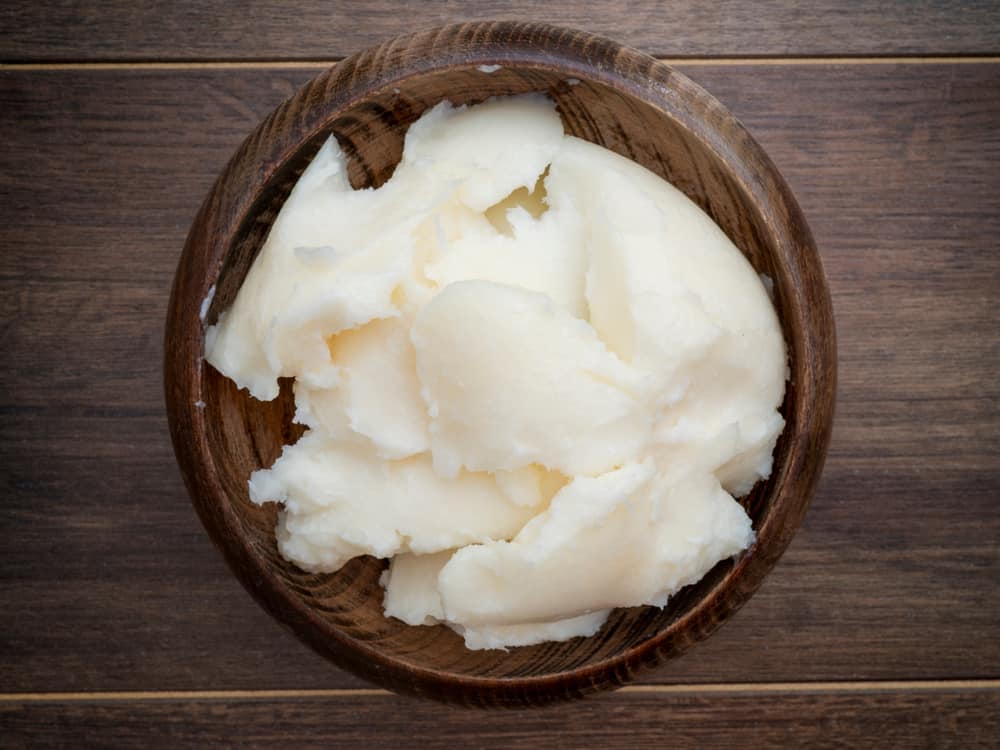 When it comes to food preparation, it is always advised to keep an eye on your ingredients. You don’t want to use products in your cooking that aren’t suitable for use anymore.

Lard is a beautiful addition to any kitchen, but you want to use it when it is still perfectly usable. Therefore, it is beneficial to know how you can tell whether your lard has gone bad or not. Here are a few tips that will make it very straightforward to see if your lard has gone past its best:

If your lard has gone bad, it will have a sour smell. By smelling your lard you might be able to tell that it has gone rancid. If your lard smells unpleasant or unusual, you should avoid using it in your cooking because it has lost its quality.

Lard tends to darken with age. If your lard has changed color and become a few shades darker, it is best if you stop using it. In addition, if your lard shows any signs of contamination, for example, you spot mold or black dots in it, it is best to discontinue use.

As time passes, lard tends to become harder. Therefore, if you touch your lard and it is much harder than it was when you first got it, it is time to buy fresh lard. Additionally, if you feel that your lard has become very grainy, it is best to avoid using it.

If you cooked with expired lard and the meal has a rancid taste to it, it is probably because your lard has passed its prime. It is best to throw it out and get fresh lard because it will affect the taste of your future meals.

As with most food items, storing makes a big difference. If you can keep your lard correctly, you will find that it can last very well. Let’s look at the most effective tips for storing lard in the pantry, the fridge, and the freezer.

Storing lard in your pantry

Lard needs a cool, dark, and dry environment to stay at its best quality. If you prefer to store your lard in your pantry, be sure to keep it in an airtight container that won’t allow for any contamination. You must store your lard away from direct sunlight or heat elements. So never keep your lard close to the windows or close to your oven and stove.

Storing your lard in the fridge

Storing your lard in the freezer

People often wonder whether it is acceptable to store your lard in the freezer, and the answer is that you can. Lard lasts in the freezer much the same way that butter does.

Most people who freeze their lard prefer to cut it into small cubes so that they can simply remove one or two cubes for cooking. If you freeze the entire block of lard, you might feel frustrated when removing a piece for cooking.

The Risk of Consuming Expired Lard 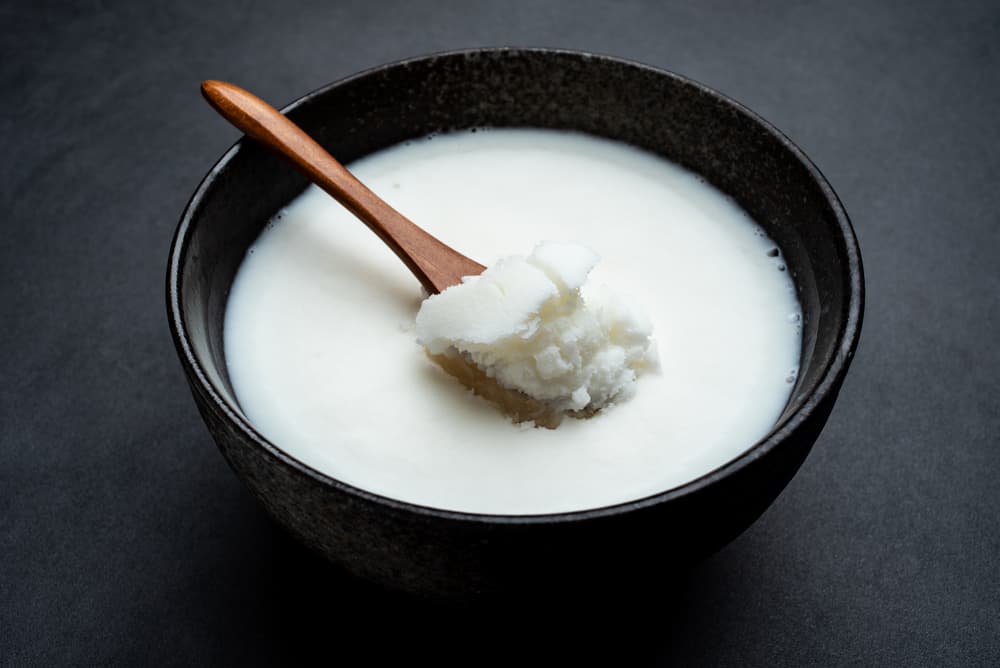 Consuming expired food products is never a great idea, and lard is no exception. Although consuming a small amount of expired lard won’t make you sick, it is best to avoid it because it can carry severe health risks if you continue to consume expired lard.

For example, protein products that have become expired can offer detrimental effects to our kidneys. In addition, people with Irritable Bowel Syndrome might find that they struggle with diarrhea after consuming expired lard.

In severe cases, these people might feel nauseous and vomit for hours. So considering these risks, it is better to avoid using expired lard and get fresh lard for your cooking.

Can You Freeze Lard?

Yes, you can freeze lard. In fact, lard freezes amazingly well. The only thing that you need to keep in mind when freezing your lard is to make it accessible to yourself for cooking.

By freezing an entire container or block of lard, you will have difficulty removing a section of the lard to cook with. Instead, as mentioned above, it is recommended that you cut your lard into small cubes so you can remove the number of cubes you need for your food preparation without having to go through the ordeal of having to cut frozen lard.

People who enjoy freezing their lard will be happy to hear that they can use their frozen lard directly, and there is no need to wait for it to thaw. Instead, throw your frozen lard cubes into the pan and continue with your cooking.

However, if you intend on using your lard in baking, you might need to plan and remove your lard some time in advance.

Removing it the night before or a few hours before you start baking gives the lard enough time to thaw to blend in with your other baking ingredients easily.

Keep your lard in an airtight container or wrap it in plastic wrap before placing it in the freezer. You don’t want your lard to get into contact with any moisture while in the freezer, so make sure you store it accordingly.

Cooking with lard gives your food great depth and flavor. We all wish to share meals with family and friends that are freshly prepared and delicious.

That’s why it is essential to work with fresh ingredients that are still in their prime. So keep an eye on your lard, and you will find it is a great ingredient to work with that will result in meals that put a smile on everyone’s face.