Skip to content
Lucky Belly » How Long Does Sherry Last? (Tips to Store for Long Time)

We all have at least one bottle of wine we forgot about in our cabinet. Wine is a common hostess gift, so it’s easy to end up with a stack of unopened bottles.

If what you have is sherry, you might be worried about its longevity. Is it past its best-by date?

It has a relatively short shelf life, and it doesn’t get better with age, so it’s best to use it when fresh. Take a few minutes to learn if sherry goes bad and how long it can last. 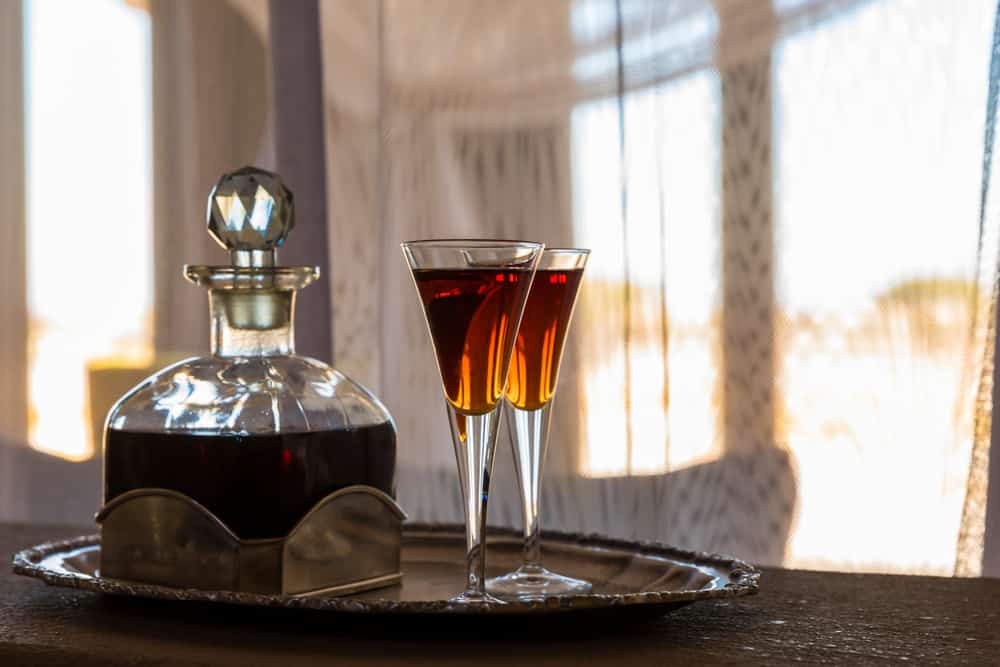 Sherry is a fortified wine made from white grapes. It can be light or heavy, containing approximately 15% to 17% of alcohol.

It’s typically used in desserts and savory dishes, so it’s relatively easy to go through a bottle. Still, it’s important to remember that it can go bad.

It doesn’t go bad quickly, but it also doesn’t last as long as other wines. It typically comes with a best-by date that indicates how long it retains its peak quality.

It doesn’t spoil the same way milk does, but it can definitely go off, changing the taste, color, and appearance.

How Long Does Sherry Last 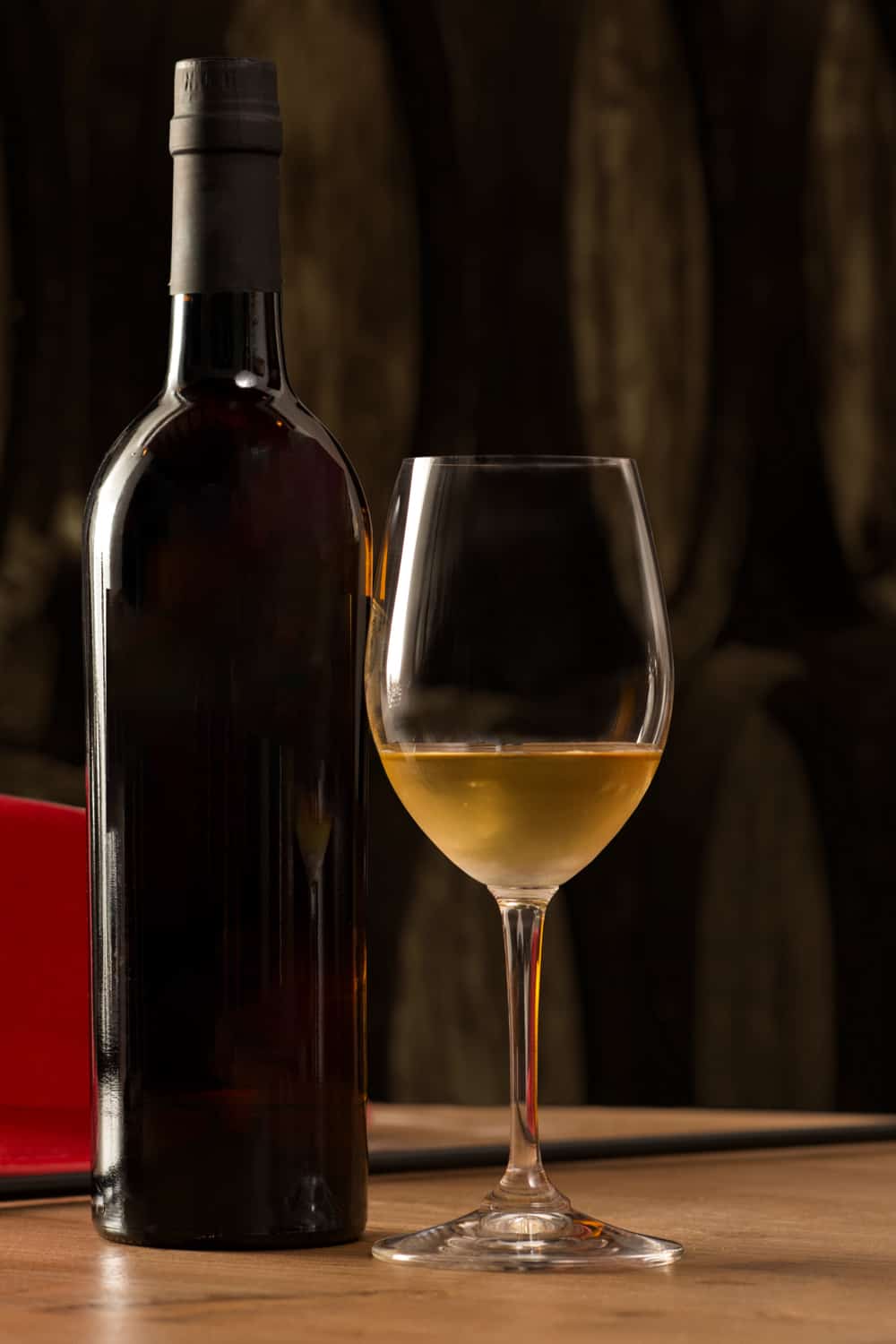 Sherry doesn’t have an expiration date but a best-by date that indicates how long it remains top quality. Unlike other wines, it doesn’t benefit from aging in the bottle, so it’s best to use it before the best-by date.

Some Sherries remain high quality for years, while others drop within a year. This depends on the particular sherry you have at hand.

In most cases, it’s best to use it within a year since it was bottled. Although it’ll probably still be good after that, the quality won’t be the same.

The clock starts clicking once you open the bottle, but there’s no rule of thumb how long you can keep it open. It depends on the sherry you have.

Fino and Manzanilla Sherries are pretty fragile, and you have to consume them in a day or two. Others give you about a month to finish a bottle because they’re more forgiving.

How long it lasts depends on the type, whether you opened the bottle, and where you stored it.

Keep in mind is that storing an unopened bottle in the fridge won’t do much. You’d still have about a year to use it up or less if you open the bottle.

Tips to Tell if Sherry has Gone Bad

Some sherries last a long time due to the high alcohol percentage they contain. However, these too can go bad if you let them sit on the shelf for too long.

Many people forget that sherry is wine, and its chemical composition changes rapidly when you open the bottle. So you forgot one in your fridge and can’t remember when you opened it?

Don’t worry – there’s a way to tell if your sherry is still good to go. Still, remember you might not be happy with the texture or taste because oxidation kills the flavor compounds, making it rather bland after a while.

Here’s how you can check if it has gone bad or you can still enjoy a glass or two:

Tasting your food and drinks is the best way to ensure they’re still good to go. While it can sometimes be risky, it’s a reliable method of ensuring quality.

Try pouring some sherry into a glass and take a sip. What do you notice? Is the taste not as intensive as you remember? That’s probably due to oxidation killing the flavor. However, your wine is still safe to consume, just a bit bland.

Sediment floating at the bottom is quite common for sherry wines. It often appears even with relatively new bottles, so it’s normal to find some on a year-old bottle as well.

However, this doesn’t indicate your sherry has gone bad. You can drain it if you don’t like how it looks, but the drink itself is still safe to consume.

Has the cork dried out? Has it crumbled into the bottle? If so, you might notice black specks floating, so try to differentiate them from the sediment we mentioned earlier.

Black specks indicate that your drink has oxidized, so you’ll notice the taste is quite flat. The floating pieces of cork might even develop mold, in which case you should throw it away.

How you store sherry plays a role in how long it lasts, but not at a level you’d expect. In other words, you can only get so much out of this wine, and refrigerating it won’t help much.

An unopened bottle needs a stable temperature, a dark and cool place, and you should keep it upright. An opened one is for the fridge if you don’t plan to use it within 24 hours.

Still, it all depends on the type of sherry you have. Some varieties are unstable and won’t last you nearly as long, so make sure to check the kind you’re working with.

This is especially the case with more expensive bottles because improper storage can cause it to go bad before you even had a chance to enjoy it.

Check some tips below to ensure you’re doing your best in terms of storing sherry.

As we said, there are quite a few varieties, some of which are pretty unstable. These go bad easily, and you usually have no more than a day to finish an opened bottle.

Luckily, most bottles have some guidance tips you should follow for best results. If not, you might want to search the internet to learn more about the particular sherry you have.

Keep it at a stable temperature

Temperature fluctuations are the worst enemy of your sherry, regardless of the kind you have. Bringing the bottle in and out of the fridge will cause it to go bad rapidly. For this reason, store it somewhere the temperatures are stable, whether it be your pantry or fridge.

Find a cool and dark place

You don’t necessarily have to refrigerate your sherry, but make sure it’s in a dark and cool place. If your pantry is cool enough, it’s a good place to keep the bottle, even if it’s opened.

However, volatile varieties might not last as long when in the pantry. If you don’t have any room in the fridge, you can leave the bottle in the pantry, but try to finish it within a few days.

Try to reseal the bottle

If you already had some sherry and want to save the leftovers for another time, it’s best to reseal the bottle. You can transfer the wine into another bottle with an airtight cap, or you can use a new cork. Either way, closing it off helps to prevent oxidation, prolong its shelf life by at least a week.

The Risks of Consuming Expired Sherry

As it’s the case with most alcohols, sherry doesn’t go bad the way other foods do. It’s unlikely it’ll develop mold (unless on the cork bits we talked about) or a rancid taste, so it remains safe to use.

The quality and taste begin to change when you open the bottle and expose the drink. This is because it starts oxidizing, and you have limited time to use it.

However, it doesn’t go bad so that you can’t drink it. You’ll probably notice a change in the taste since your sherry will be quite dull at this point. The unique flavor is gone, and the drink is lifeless.

At this point, there are no risks if you drink it, but you might not like the taste.

Can you Freeze Sherry?

Alcohol doesn’t freeze like water as it requires lower temperatures. So the more alcohol your drink has, the lower the temperature it needs.

As you know, sherry has a high percentage of alcohol when compared to other wines. It contains anywhere between 15 and 20 percent, requiring a temperature of 15°F or -9°C to freeze.

If your freezer temperatures are at the recommended setting of 0°F or -18°C, this shouldn’t be an issue. But does it benefit from freezing? Not really, and you might even find the taste of thawed sherry somewhat off.

Freezing it for drinking it later is slightly pointless because the taste won’t be the same. However, it helps to freeze sherry if you’re using it for cooking.

In this case, you can use an ice cube tray to freeze it in small portions. Once the cubes freeze, you can transfer the bunch into a freezer bag to scoop out as many as you need.

Sherry is a wonderful drink many people love with different foods. And while some varieties don’t last as long, most Sherries have at least a year-long shelf life.

As always, storage is the most critical point in prolonging the life of your sherry. For this reason, focus on finding the right spot regardless of whether your bottle is opened or not.

It’s still good to go after it expires, so it’s unlikely you’ll get food poisoning. However, the taste will no longer be at the level it was when you first tasted it.