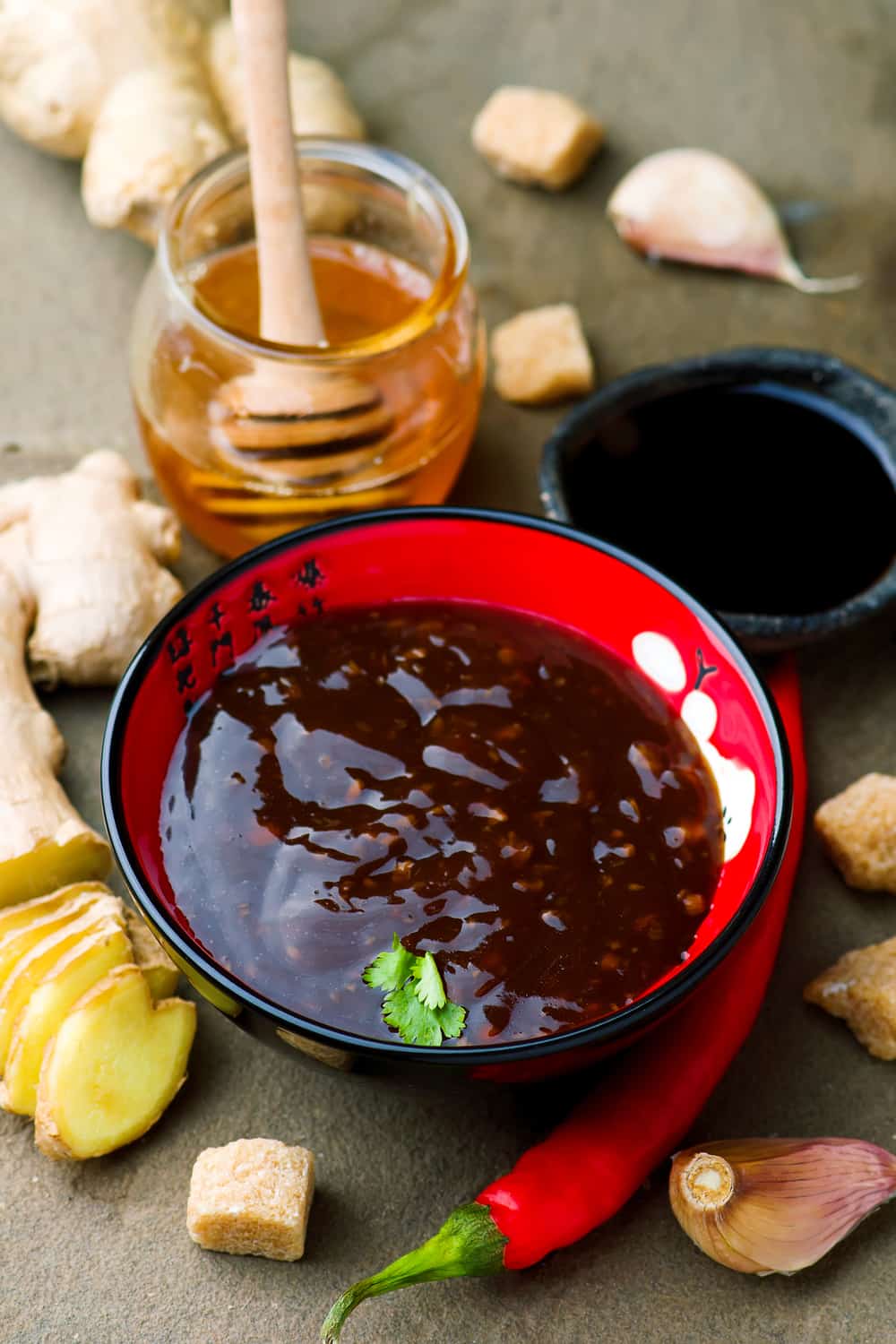 Teriyaki sauce is one of those things all of us keep in our pantry for months. But, can you remember when you bought yours?

Sauces don’t typically last too long, so you should be careful when it comes to storage. It can still be eatable past its best-by date, but it helps to check before using.

Take a few minutes to learn if teriyaki sauce goes bad and how to store it for best longevity.

Teriyaki sauce is often safe to consume even years after its best-by date. Although it can go bad, how long it stays good depends on how you store it.

It acts pretty much like any other sauce, changing its flavor and taste over time. However, it doesn’t fully spoil like other foods, so you can still use it past this point if you want.

Luckily, it comes in many bottle sizes, so you can pick one to go through quickly, avoiding any spoilage. Once it goes bad, it’s best to throw it away because the taste is typically lost at this point.

How Long Does Teriyaki Sauce Last 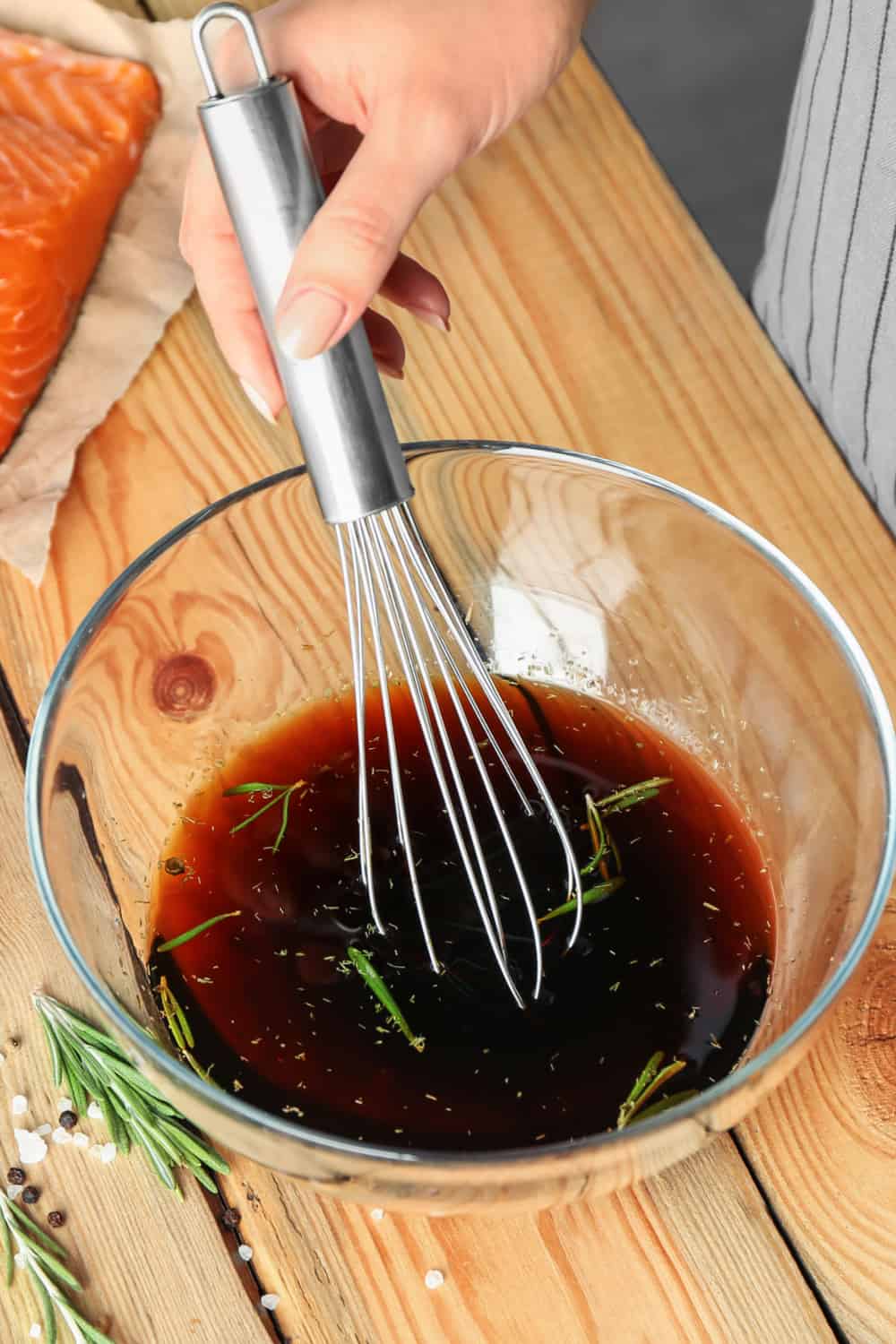 Teriyaki sauce usually comes with a best-by date stamped somewhere on the packaging. The date is meant to be used as a guideline, informing you how long the sauce remains at peak quality.

It doesn’t have much to do with food safety, so you can still consume the sauce after that date. It doesn’t spoil right then and there, but you might find the taste change.

This depends on how old your sauce is. It can sometimes last several years past the best-by date, retaining its flavor and taste.

One of the most critical factors to consider when thinking about its shelf life is how you store it. Opened bottles don’t last nearly as long as unopened ones, so that’s another thing to keep in mind.

The fridge and pantry are by far the best options for storage, but we’ll get into more details later.

An unopened bottle of teriyaki is unlikely to go bad because the product was packed in a controlled environment. Once you open it, you get at least six months of use, which should be enough time for most people.

Tips to Tell if Teriyaki Has Gone Bad

As we said, teriyaki sauce doesn’t spoil quickly. It has a long shelf life, but you might notice the quality and taste change gradually.

After a while, you might notice it too changed to a point you no longer like it. It’s often best to throw the whole thing away once this happens.

Although it can stay good for a long time, some outside factors can affect its longevity and shorten its shelf life. In this case, you’ll notice your sauce doesn’t taste the same, has a weird smell, and possibly even traces of mold.

These are clear indicators that it’s gone bad and is no longer safe to consume. When does this happen? It’s difficult to tell because its longevity depends on how you store it and how long it’s been since you bought it.

Here’s what you should check:

Grab a spoon of sauce to inspect if it looks suspicious. The appearance and texture will change gradually, but you might notice something early on. Look for any traces of mold, as it’s the clearest indicator that your teriyaki is no longer eatable. Mold occurs for various reasons, usually if you keep it at fluctuating temperatures and in a possibly opened bottle.

We all know and love the smell of teriyaki, so it won’t be too hard to tell it’s changed. However, if you notice a different smell that’s unpleasant and weird, it’s best to throw the sauce away. The smell tends to change due to chemicals produced by various bacteria that may have developed in your teriyaki.

If you think there’s nothing wrong with the appearance or taste, it’s time to taste the sauce. Of course, nobody likes the idea of tasting a possibly spoiled teriyaki, but don’t worry. If the appearance and smell are good, it’s likely the taste is still good too. Still, it’s worth checking before you add it to a recipe. Any change in the taste is likely due to microbes growing in it. 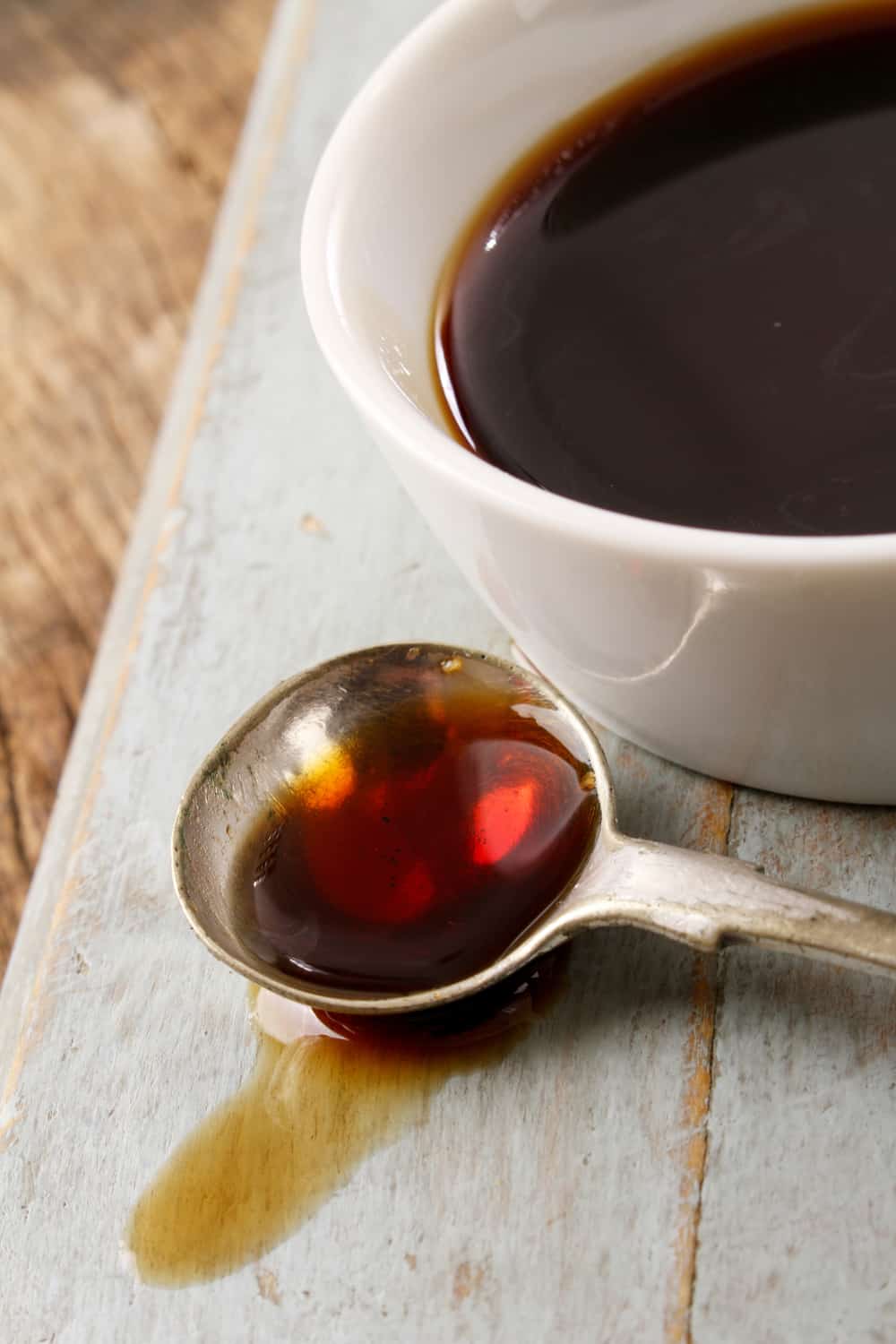 Teriyaki sauce can stand the test of time due to the vast amount of salt it contains. It’s a natural preservative, so you don’t have to keep it in the fridge.

Many people like refrigerating teriyaki because it can help prolong its shelf life to up to a year. Still, that’s not the only thing that matters.

Teriyaki sauce stores the same way as any other. You can keep it right next to your soy sauce since it has pretty similar ingredients and texture.

Proper storage means a lot, helping the product to last a longer time than it otherwise would. For this reason, it’s crucial to re-package or re-seal the package and find a good spot to keep it.

This shouldn’t be too hard, so here’s what you should do:

No food likes being exposed to air. Air exposure causes many issues, helping oxidation and bacteria development. This isn’t something you should worry about if you’re storing an unopened bottle, but only if you already began using the sauce. Make sure to seal the bottle tightly after each use to limit its air exposure. If you lose the cap or break it by any chance, it’s best to transfer the sauce into another container or bottle.

Teriyaki sauce needs a cool and dry place if you’re looking to store it for a long time. It should be away from any source of heat or sunlight, so it’s best to place it in your kitchen cabinet or pantry. These spots are usually good enough because they’re dark and dry.

Watch out for temperature

Although your pantry is typically good enough for teriyaki, you might want to choose a fridge in some cases. Think about this if it gets hot where you live and think the pantry is not always so cool. Keeping it at a lower but constant temperature will help it retain its quality for a longer time.

Although some people claim it must be refrigerated at all times, that’s not true. Cool temperature can help its longevity, but that might not matter as much if you usually go through a bottle in few months anyway. 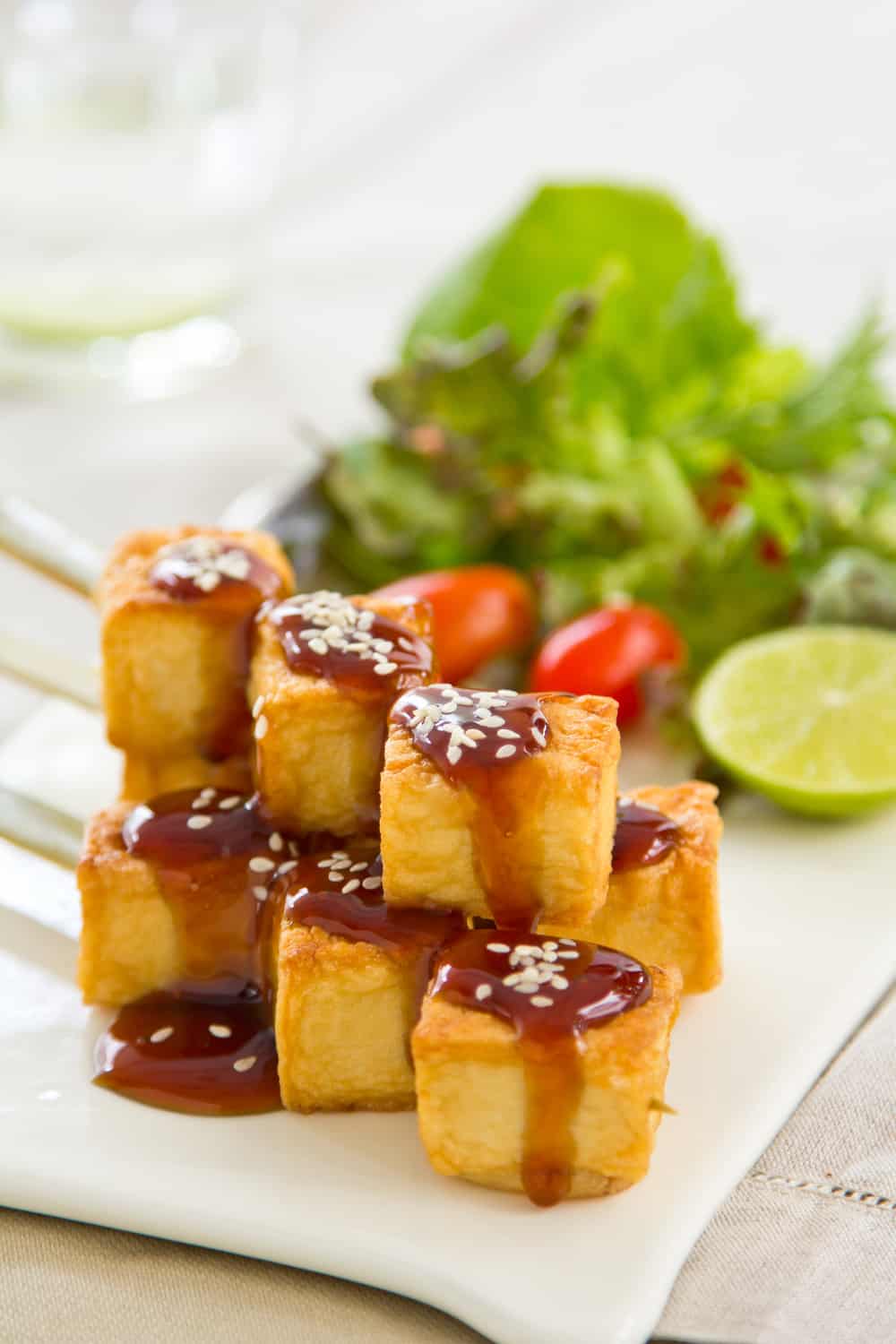 As we said, teriyaki doesn’t go bad like most foods, so it’s unlikely it can make you sick. Its quality might drop over time, but you won’t be sick unless there’s a change in flavor and smell.

In some cases, both the smell and taste change to something less intense. The sauce will continue to taste and smell like teriyaki, but just not as intensely.

These small changes won’t make you sick, so it’s hard to tell if you’re at any risk of consuming an expired teriyaki sauce. People usually use it months after its best-by date and don’t have any issues.

Still, it’s always a good idea to be careful, especially if you’re not too sure when you bought it. Check for any signs of spoilage to determine if it’s good or not. It’s best to throw it away if you know you purchased it at least a year ago to avoid any potential health issues.

A person more sensitive to smell might have nausea, but the symptom is typically harmless and will pass within a few hours.

Can you Freeze Teriyaki Sauce?

Although teriyaki sauce freezes relatively well, there’s often no point in doing that. The store-bought sauce has a long shelf life and is good to go for at least a year.

Even if you get a big bottle, you still have enough time to use it, so freezing doesn’t really make sense here. On the other hand, homemade teriyaki doesn’t have any preservatives.

It often also contains garlic and other perishable ingredients that go bad quickly. In this case, it makes sense to freeze it if you know you won’t use it all in time.

The easiest way to do it is in an ice cube tray, allowing you to thaw only how much you need at a time. Pour it into ice cube trays and stick it all into your freezer.

Once everything’s frozen, you should pop the cubes out for easier storage. Then, transfer them into a container or a freezer bag, but don’t forget to label them.

Teriyaki is a staple sauce many people keep in their pantry for months on end. It has a long shelf life, so it can last up to a year past the best-by date.

Best-by dates are included for quality, not safety. Still, take time to inspect the sauce if you have even the slightest doubt about it.