Skip to content
Lucky Belly » Does Whiskey Go Bad? How Long Does It Last?

Whiskey. We all love it. Chances are you do too, and that’s why you are on this page. You are probably looking to start a collection of your favorite bottles and you want to know, “Can whiskey go bad?” or “Will the quality get better or deteriorate over time?” Well, you’re in the right place, so keep reading. 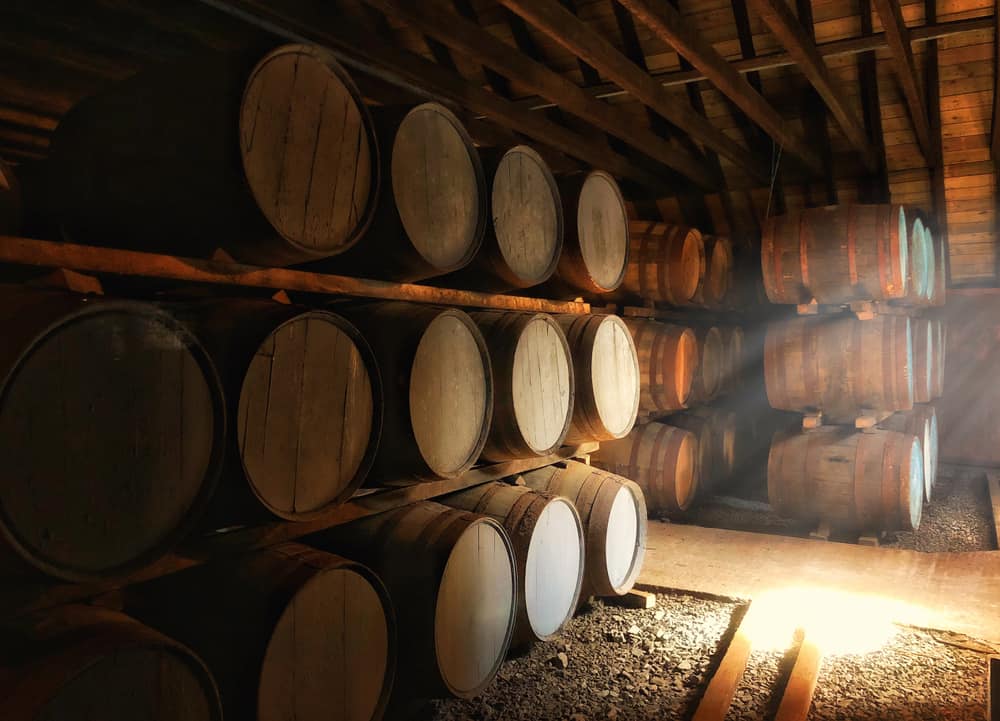 Yes, without proper storage, whiskey will certainly go bad. When opened and exposed to oxygen, the components in whiskey begin to alter slowly and steadily, twisting the original flavor. As ethanol evaporates, the alcohol content of whiskey can decline, and strongly scented whiskey can lose its intensity the longer it stays open.

However, if preserved in the appropriate conditions, an unopened bottle of whiskey can theoretically last indefinitely. Unlike wine or beer, distilled spirits do not deteriorate. But it all depends on how they are stored. Proper storage helps prevent evaporation and oxidation, extending their shelf life.

How Long Does Whiskey Last?

The shelf life of different forms of whiskey varies depending on how they are stored. Technically, an unopened bottle of whiskey will last forever if kept in the right conditions, that is, a cool, dry environment.

When an unopened bottle of whiskey is exposed to UV radiation (from direct sunlight) for an extended period, it might produce catalyzing reactions that cause the organic molecules in the whiskey to break down. The exquisite flavor and aroma of whiskey are due to some of these chemical components. As the components degrade, the whiskey loses some of its flavor and aroma.

A half-filled bottle of open whiskey, according to most experts, will endure one to two years; a quarter-filled bottle will only last 3 to 4 months.

Once the manufacturer bottles the whiskey, it stops aging. Thus, after opening, it should be consumed within 6–8 months for peak taste.

Here is a quick summary of whiskey’s lifespan:

4 Tips to Tell If Whiskey Has Gone Bad 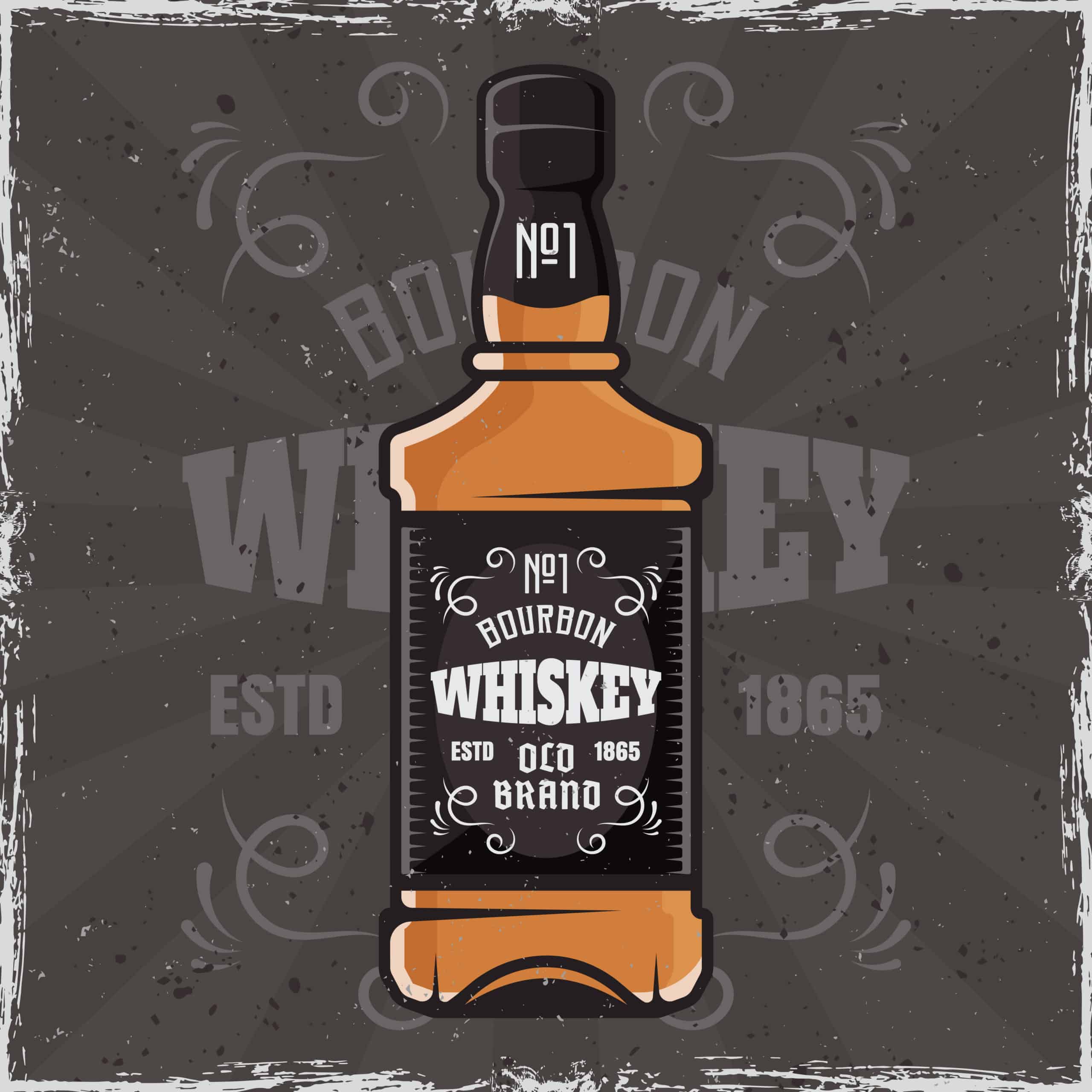 Sealed whiskey, as stated, can last almost indefinitely. But as soon as you break the seal and pour yourself a sip, the countdown to spoilage begins, and it only accelerates faster as you drink more. When a whiskey has gone bad, it’s usually pretty obvious. Look out for the following signs:

Whiskey is brown in color as a result of its contact with barrels. Because alcohol is a solvent, it soaks up taste and color molecules from the wood. The hue of whiskey darkens as it spends more time in a barrel. If you notice a color different from what it should be, discard the bottle immediately.

Whiskey has a distinct aroma. When in good shape, it will usually have grainy, wine-tasting, peaty, grassy, woody, or fruity overtone. If your whiskey smells different from usual, it could be a sign that it isn’t as good as it should be.

3.    Mold or Debris In the Bottom of the Bottle

There could be some sediment in the bottom of the bottle perhaps from a dirty cork. Sometimes those particles could cause mold. This, though not always, could be an indication that it’s time to let go of the whiskey.

When whiskey is opened and the alcohol in it begins to evaporate, even the strongest of whiskeys can lose some of its potency over time. The flavor components disappear, resulting in a change in the overall taste of the whiskey. The ingredients in the whiskey determine how these flavors alter, but it’s hard to predict.  If the whiskey has sour, metallic, or other unusual flavors, don’t drink it.

Watch this video for more tips on how to spot spoiled whiskey:

Whether you have opened or unopened whiskey that you want to retain for a few months or years, appropriate storage is critical to preserving the flavor, aroma, and color of your liquor. Whiskey can be stored in the same way that any other base liquor like vodka or rum can be. Here are some of the tips on how to store unopened and opened whiskey:

Direct sunshine, in addition to excessive temperatures, can harm your whiskey. Enough of it over time will deteriorate the flavors, causing your prized whiskey’s delicate balance to be thrown off. Furthermore, sunshine has an effect on temperature, which can be destabilizing to the spirit. Spaces that are dark and cool are ideal.

Controlling the environment in which your whiskey is stored is the first and arguably the most crucial step for keeping the spirit in good shape. Bottles should be stored in a cool, stable environment with no severe temperatures.

Fluctuating temperatures can cause the liquid in the bottle to expand, causing damage to the cork and stopper, while humidity damages the labels and boxes on the outside.

3.    Keep Them in an Upright Position

We’ve all been there: you’re eager to open that unique bottle, you peel off the plastic wrapper and remove the cork, but it crumbles and breaks off!

The cork will disintegrate if it is kept submerged in a high-ABV spirit. This problem can be easily avoided by storing your bottles upright. Wine can be stored in a horizontal position. Whiskey and other spirits cannot.

Keeping the cork moist is a smart idea, even though your whiskey should stand straight. Two to three times a year, tilt your bottles horizontally to allow the liquid to soak the cork, and then return them to their upright posture. This procedure keeps the cork “fresh” and reduces oxidation.

While opened whiskey will not immediately oxidize and get spoiled like wine, it will oxidize more quickly than a sealed bottle since it contains more air. Here are some tips on how to store opened whiskey:

After your whiskey has been reduced to less than a third of its original volume, transfer the drink to a smaller bottle to help it last longer. There will be little oxidation because there will be less air in contact with the spirit.

Oh, yes! You can always drink your open bottle of whiskey if you really want to be sure it doesn’t go bad (in moderation of course).

Check out this video to learn more about how to store whiskey:

Important: Once the bottle is opened, the whiskey will oxidize faster, and the taste compounds will gradually shift and become dull. It’s recommended to finish a bottle of whiskey within two months of opening it, so keep that in mind when cracking open sealed bottles. Calculate your overall intake to determine how many bottles you should have open at any given time.

The Risk of Consuming  Expired Whiskey

Whiskey, like most liquor, does not expire to the point of causing sickness. It simply just loses flavor, generally a year after being opened.

You can consume whiskey that has been opened for a few years if it was kept in the pantry. You won’t be in danger, even if it doesn’t taste great.

However, drinking high amounts of alcohol, regardless of the type or ‘best before’ date, can cause unpleasant side effects like headaches, nausea, and liver damage in the long run.

Thus, drinking too much whiskey is not good for you. Not only can it cause all the above side effects but also weaken your immune system, reducing your body’s ability to fight off infection and raising the risk of chronic diseases.

Can you Freeze Whiskey?

Colder temperatures impair natural flavors and function as a nasal suppressant. When a liquid is frozen, it becomes more viscous. The increased viscosity of whiskey causes it to lose flavor. This is due to the release of volatiles (chemicals that easily evaporate). Spirits that are too cold lose a lot of their smell and flavor.

Most people first encounter whiskey through their sense of smell, but they mistakenly believe it comes from our sense of taste. When you take a sip of whiskey, the liquid warms up as it touches your tongue, releasing flavor molecules that subsequently hit your nasal receptors, which then send the flavor signals to your brain.

This entire process will be slowed if we drink whiskey at very cold temperatures, and you will certainly not enjoy the drink. That’s why experts recommend drinking whiskey neat, without ice.

Whiskey left unopened and stored well will last indefinitely. Keep it away from the sun and always ensure to store the bottles upright. For opened whiskey, keep it in smaller bottles or just drink it. However, keep in mind that excessive whiskey consumption can result in unpleasant and potentially deadly adverse effects. Always drink in moderation.