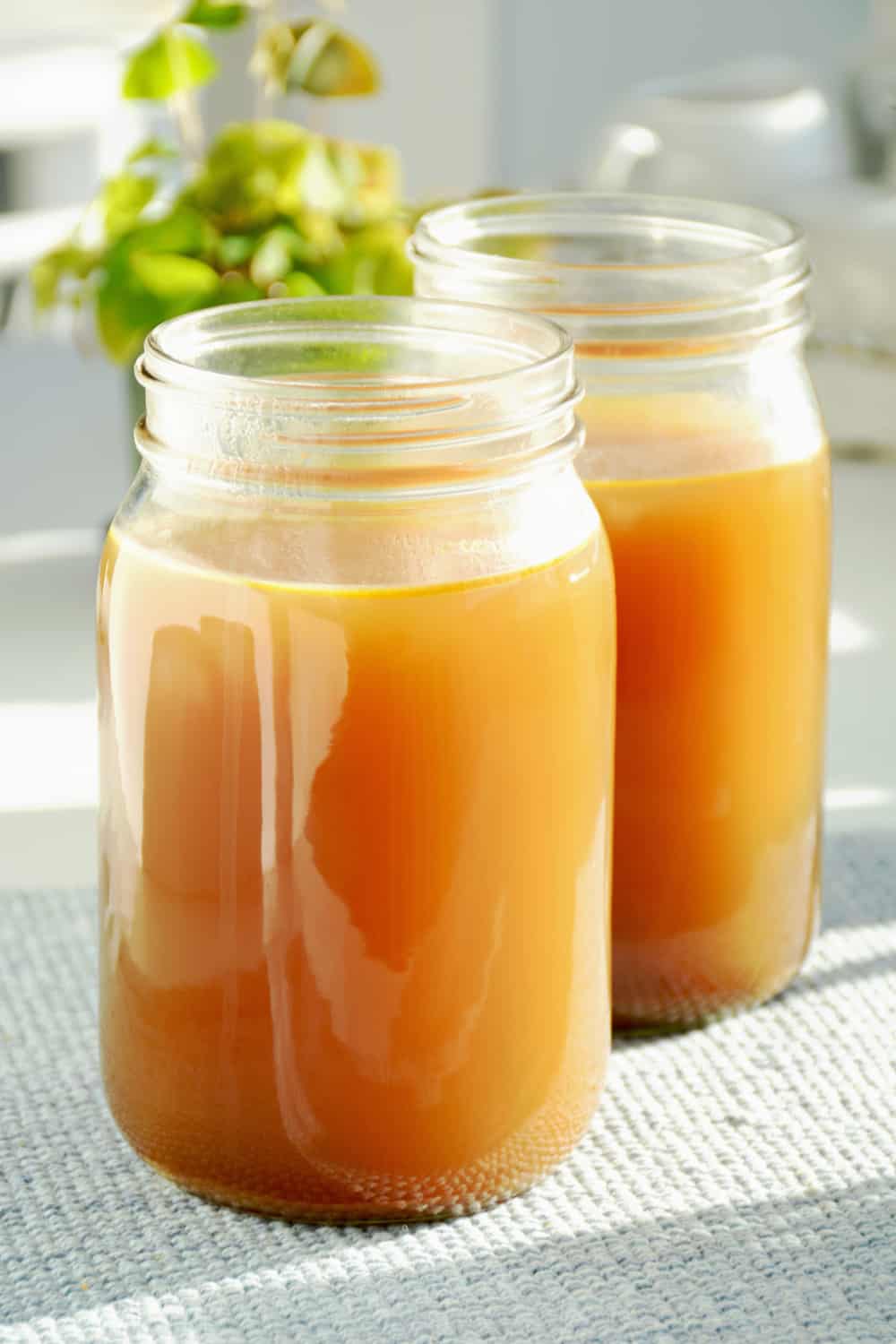 Vegetable broth is one of the most comforting soups we all love having at hand. But, what happens with the broth you forgot you have in your pantry?

Much like most canned food, vegetable broth can last a few years when unopened. However, an open can or tetra pack doesn’t last as long, so it’s best to use it up in a few days.

So, what about the can that’s been sitting in your pantry for months? Continue reading to learn more about shelf life, preservation, and storage of vegetable broth.

Leftover vegetable broth can go bad, but the speed at which it spoils usually depends on how you store it. It typically comes in cans, so it’s known to last several years when unopened.

An opened can doesn’t last nearly as long, so you should always use it up as quickly as you can. Vegetable broth stored in the fridge is unlikely to go bad, while the one stored in your pantry might.

However, it all depends on whether the package is opened or not. Broth is typically packaged in a controlled environment, so it can last a pretty long time until you open the can.

How Long Does Vegetable Broth Last? 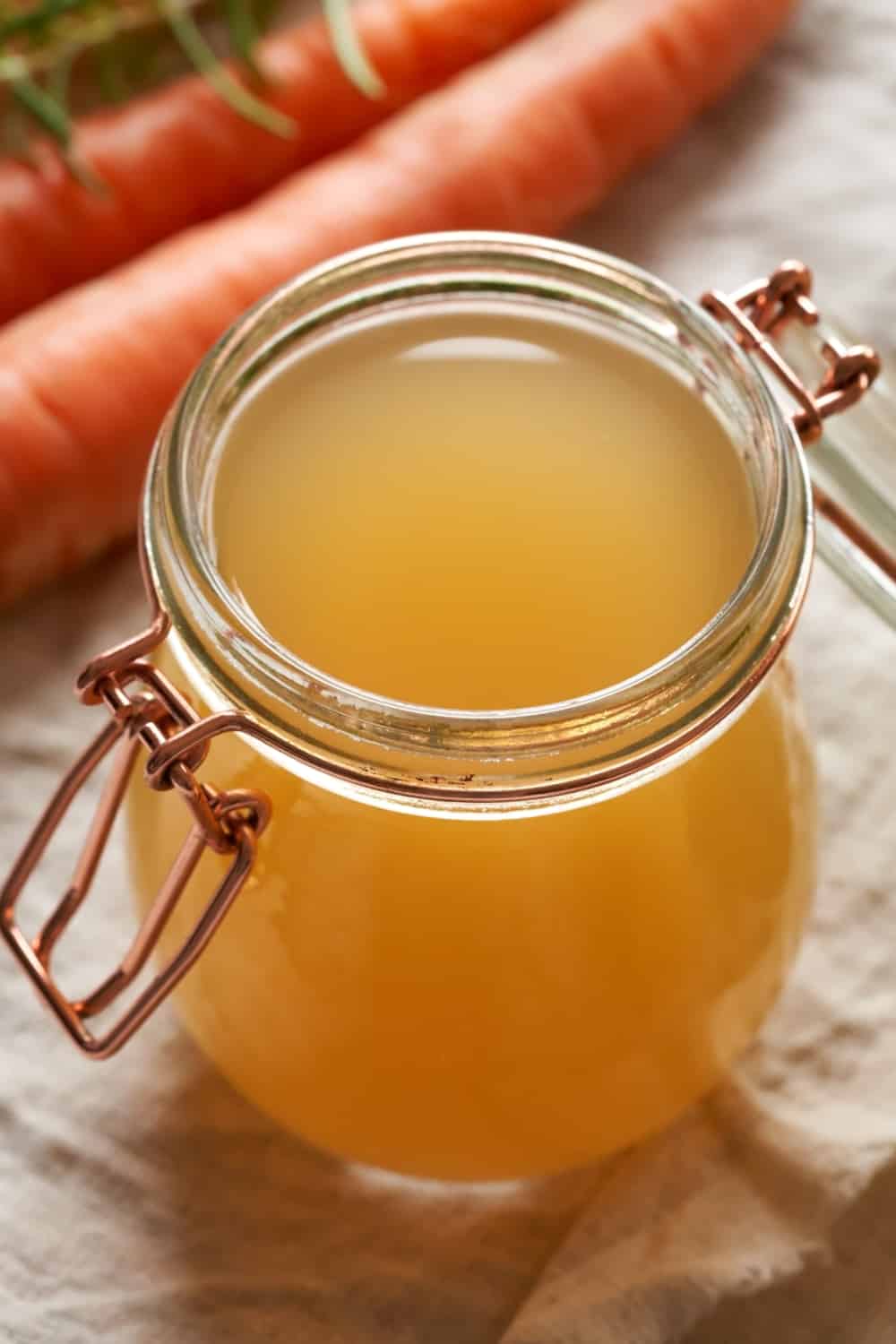 The first thing you should remember is that an unopened can of vegetable broth lasts several years. In most cases, it’s three to five years, which is usually enough time for most people.

However, storage plays a huge role in the longevity of vegetable broth even if the original packaging remained closed. In other words, even an unopened can will go bad if you leave it in a warm environment.

Room temperature is alright, but any close heat source can decrease its shelf life and diminishes nutritional value. For this reason, your pantry is possibly the best place for all the unopened cans.

Opened cans last only a few days, so try to buy smaller quantities if you don’t think you’ll use it all in that time span.

Homemade vegetable broth doesn’t have any preservatives, so don’t expect it to last longer than a few days. Your fridge is the best place for it, although freezing it is also a good idea if you’re confident you won’t use it within a week.

Tips to Tell if Vegetable Broth Has Gone Bad

Vegetable broth has a relatively short shelf life once opened, and you’ll probably be able to tell when it’s gone bad. It gives out clear signs that it’s expired, so it’s unlikely you’ll make the mistake of consuming an expired broth.

However, some things are worth checking, even if they don’t seem obvious. This is especially the case for unopened cans you’ve had for several years.

The first thing you should do is try to remember how long that broth you have in your fridge has been in there. As we said, unopened cans and homemade broth can only last a few days, so throw it away if it’s any longer than that.

Here’s what else you should check for:

The odor is possibly the first indicator that’ll help you figure out if your broth is still usable. You’re already familiar with the pleasant odor vegetable broth usually has. If you notice anything remotely different, you should take it as a sign that your soup is no longer eatable.

If you’re not sure about the smell, you should do a taste test to determine whether your broth is still good to go. Now, you should only do this if the broth hasn’t been opened for longer than a few days. Have a tablespoon or two, and you’ll probably be able to tell whether or not it’s good. It won’t harm you but can prevent you from preparing it all if it’s no good.

Broth stored in the fridge is unlikely to develop mold, but it’s still worth checking. A closed can won’t get moldy regardless of how long it sits in your fridge, but an opened one might. This usually doesn’t happen for a few weeks, but it’s always worth checking if you’re unsure how old the soup is.

Canned broth can last a long time if properly stored. However, this also depends on whether or not you opened the original packaging.

As we said, an unopened can lasts for a few years while an opened one will only last you a few days. There’s a difference between storing it in a fridge and pantry since lower temperatures help preserve foods.

Still, there’s no reason to keep an unopened can in the fridge. As mentioned, store-bought broth is made and packaged in controlled environments, so it doesn’t need refrigerating until opened.

On the other hand, you should always store homemade soup in the fridge. Here’s what you should know:

Keep it away from fluctuating temperatures

If you have a closed can, you can pretty much store it anywhere you want. As we said, it’s somewhat unnecessary to keep it in the fridge, but you can if you wish. Whether it’s your fridge or pantry, you should stick to one of the two. In other words, keep the can away from fluctuating temperatures since going back and forth will cause it to spoil faster.

Once you open the original packaging, you should pour the remaining broth into a sealed container or a jar. This way, you limit air exposure, helping the ingredients to stay fresh for a longer time. Now, even tightly sealed soup is only good to go for a few days, so make sure to use it up quickly.

In most cases, a store-bought broth has a label with storage instructions. In addition, you’ll find a best-by date stamped somewhere on the lid and clear instructions on where you should keep it after opening. This is often the safest way to go since many soups have different storage requirements.

If you have a few unopened cans, you can definitely keep them in your pantry. It’s probably cool enough if you already store other foods in there. It also helps if it’s dark, but most cans are opaque anyway, so this isn’t as important. It’s more important for it to be away from warm temperatures.

The Risk of Consuming an Expired Vegetable Broth 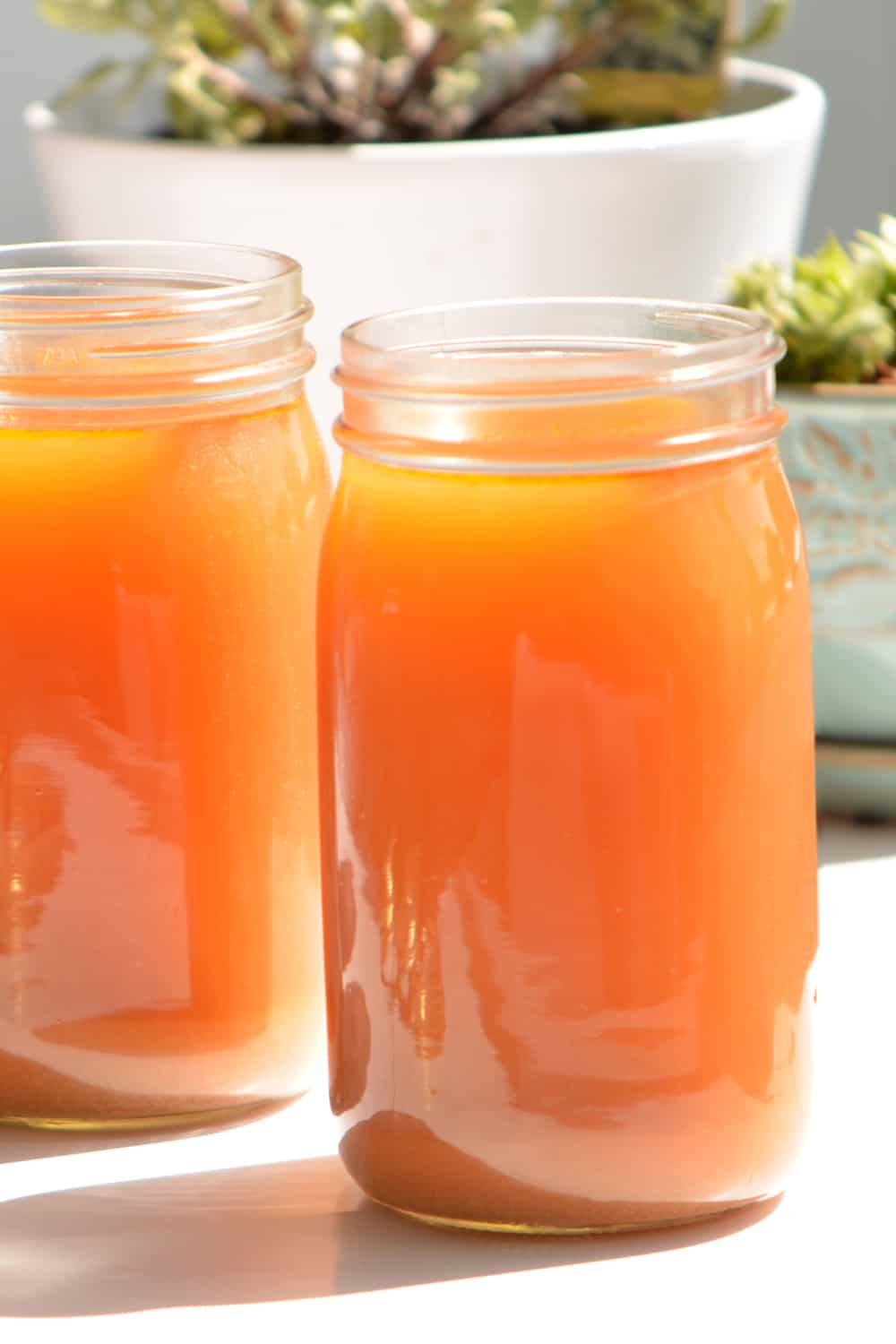 Vegetable broth doesn’t really have an expiration date but a best-by date. How long it lasts depends on where you kept it and for how long.

As we said, expired stock gives out a few signs, so you’ll know it has gone bad if it’s foaming, has an off taste, and an equally weird smell.

Whether or not eating an expired vegetable broth will make you sick depends on how it was stored.

You should avoid eating an opened can of broth that was sitting in your pantry. It probably has a foul odor and a weird taste at this point.

However, even if you do eat it, you probably won’t experience severe foodborne illnesses.

Can You Freeze Vegetable Broth

Freezing vegetable broth is a good idea if you know you won’t use the leftovers within a few days. You can freeze both store-bought and homemade, but there are a few things you should know.

It helps to freeze broth in portions to make thawing easier. If you have more than one portion left, you should split it into a few portions you know you’ll use up.

Some people freeze it in cube trays or muffin tins as this can help make small portions. If you need more servings, you can defrost several cubes at a time.

Once the cubes are frozen, it’s best to transfer them to a container or a freezer bag. You might also want to label it with a date in case you forget how old it is.

Frozen vegetable broth can last for months, but it’s recommended you use it up in two to three months. You should thaw it by placing it in the fridge for several hours.

Vegetable broth is easy to make, but it’s also available in cans and tetra packs you can buy at the store. It has many health benefits and is among the favorite foods for people around the world.

Your best bet is to buy only how much you’re going to use. The rest you can freeze or use up within a few days.