If you’re serious about grilling or smoking, you’ll be looking for anything that can help you perfect this fine art, and controlling the temperature as accurately as possible will enable you to produce even better results.

Making a DIY BBQ temperature controller can be a challenging project, but with the right tutorial to teach you, it’s far from impossible – and for anyone who wants to try, here are 15 plans we found that show you how to do it. 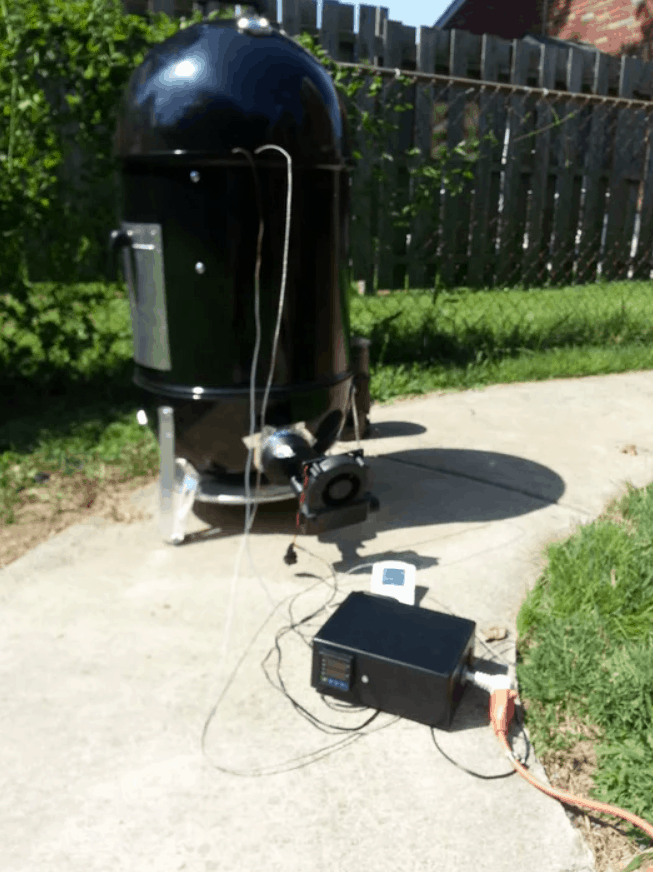 In this plan, we learn how to make a DIY temperature controller for a Weber Smokey Mountain smoker. As the author of this plan tells us, using something like this will help you save lots of time playing about with the vents, allowing you to cook more accurately and efficiently. It might seem like a fairly complicated build – and if you’re not confident with electrics, you might be better off seeking help – but from the photos, it looks like it works well…and those ribs look amazing!

Here’s an interesting video of an enterprising YouTuber who demonstrates a DIY barbecue temperature controller he rigged up for a Cookin’ Kettle. It’s an ingenious design that cost him no more than around $30, and in the video, we can see that it works exactly the way it should – when the temperature reaches 250°, it shuts off instantly, just as he said it would. The only problem is, there are no detailed plans for building one yourself – but if you can work out what he’s done, you might still be able to copy it. 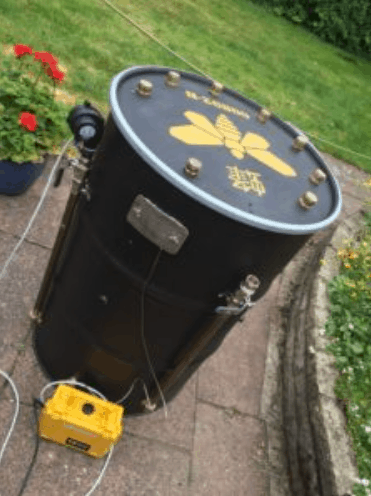 In this blog entry, we learn about a barbecue temperature control unit that this DIYer built using parts bought from Amazon. As he writes, it uses a PID control loop to control a fan that feeds air to the fire in the smoker, and it also includes an auto-tune feature that calibrates it to your barbecue for even more accuracy. Perhaps the best thing about this plan is the detailed instructions, so anyone with the necessary skills should be able to copy his design – and if that includes you, check it out and see what you think!

Building a DIY temperature controller for a barbecue can be quite a technical project, but if you understand the components, there are some excellent plans you can copy – and here’s one of them. This YouTuber shows us the controller he made using a Heatermeter on a Raspberry Pi, taking you through all the details of how it works. It’s a great design (he tells us he found the original plan online himself), and if you’re up to the challenge, building one could be a fun job to attempt.

5. How to Make DIY Cheap Electric BBQ or Smoker Controller 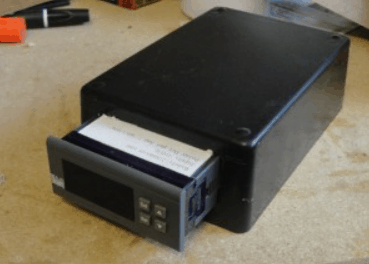 If you’re looking for a slightly simpler plan for a temperature controller for smokers and barbecues, this one should be worth a look. It contains all the necessary explanations, but the plan itself is concise and easy to understand. You’ll find a step-by-step guide to follow, and there are also several helpful diagrams, making this a plan that’s well worth checking out.

For those who struggle to understand the wizardry behind some of the more advanced and complex temperature controllers, this video should be more accessible. In it, this YouTuber explains how his simple version functions, showing us the various parts and how it works. As he explains, when the controller detects a certain temperature, it starts up the fan automatically, raising the temperature of the barbecue. It’s easy to understand and not difficult to recreate, making this a plan we liked a lot. 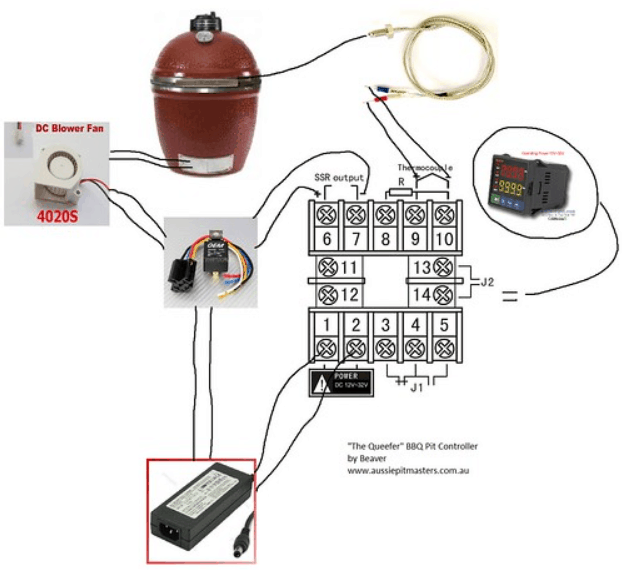 When it comes to detailed plans for DIY temperature controllers, there are not so many out there – but here’s one we found posted on a forum. The explanations are limited, but there is a useful diagram of how everything fits together, so anyone with the necessary skills and knowledge will be able to work it out. The parts came from eBay, and the poster claims he spent less than $50 on it, making this a great budget option for anyone who wants to try.

8. Building a PID Temp Controller for a Smoker

PID temperature controllers are perfect for use in barbecues or smokers, and this YouTuber shows us how he put one together. We like the way he goes into lots of detail, explaining everything clearly so we understand exactly what he’s doing. This is a video most people will be able to learn something from – it’s the first part in a series, so check out the rest to see how it turned out.

Some of the plans we’ve seen are for very basic temperature controllers that only decide whether a fan is switched on or off. However, this YouTuber decided to take things to the next level to control the temperature even more accurately. His plan is highly impressive, although this is a design for the more technically minded only. However, if that doesn’t put you off, this is a video you’re sure to love. 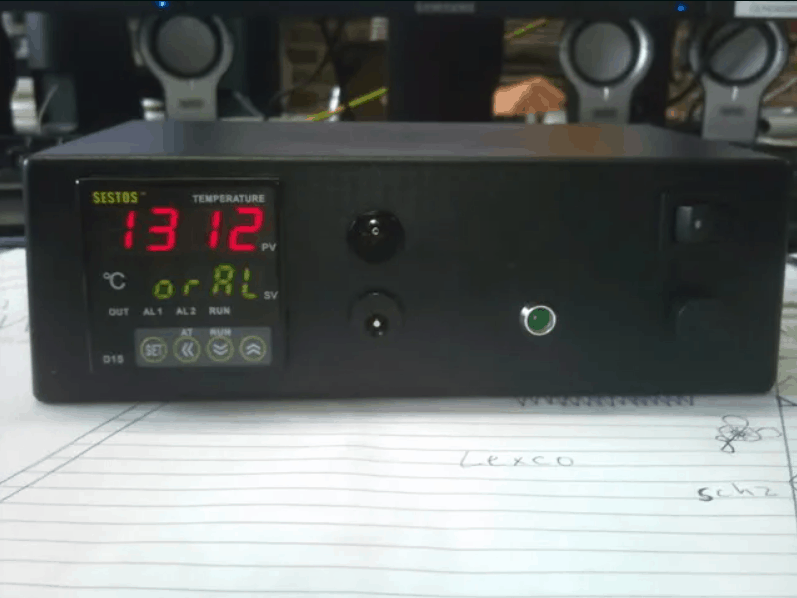 Here’s another design we found posted on a forum. Again, there isn’t much in the way of a detailed plan to follow, but there are plenty of photos and diagrams, and if you already have a basic idea of how a temperature controller functions, this guide should be enough to help you make one. As it mentions, the parts aren’t too expensive to buy, so copying a plan like this could be a good option.

Here’s a great video that clearly demonstrates how a PID temperature controller works. You can see the numbers on the meter outside, and when the internal temperature reaches the temperature you decide, the fan starts up automatically. As this YouTuber says, it could hardly be easier – so if you want something similar, this could the plan for you. 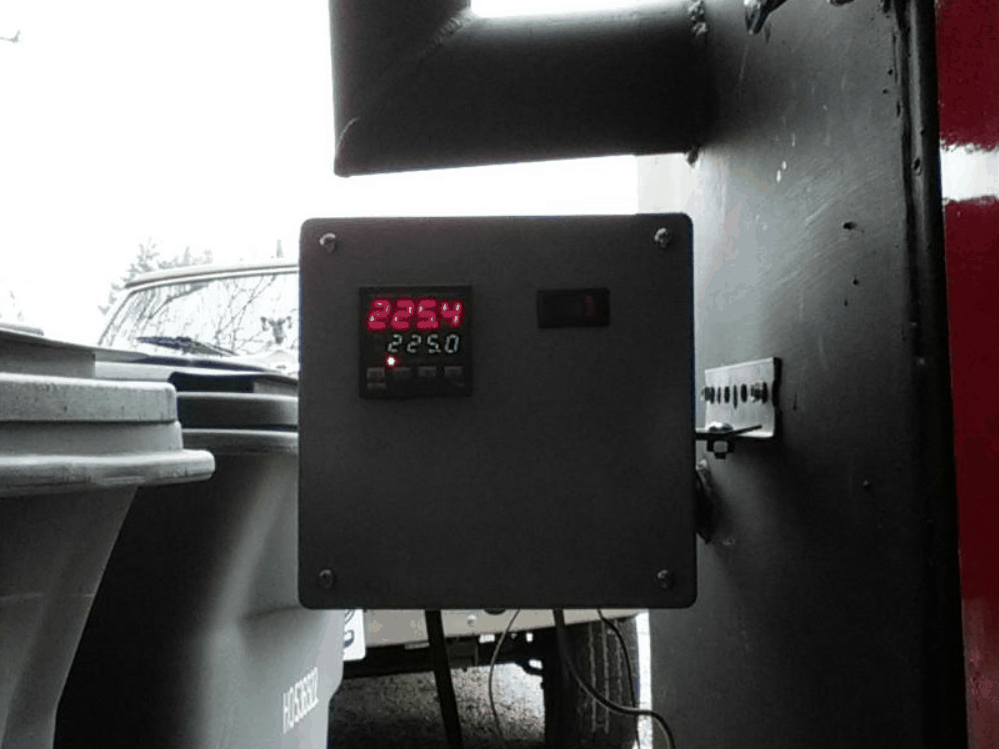 This is not a plan as such, but we thought these photos of a temperature controller we found posted on a grilling forum were worth sharing. They show us how this smart DIYer rigged up a way of controlling the temperature of his barbecue using nothing more than a few pieces he picked up from eBay totaling around $50. As with a few of the plans we’ve found, you’ll need to have a basic idea of what you need to do first if you want to copy it because there are no explanations. However, if you are just looking for inspiration and suggestions, it should be of interest.

Here’s an interesting setup for a PID-controlled Ugly Drum smoker, and it looks like a highly efficient design. Some of the controllers we have seen look very makeshift, but this version seems highly sophisticated. You’ll need to buy a few parts if you want to copy it, but we think this will be an idea that plenty of people will be eager to recreate at home.

In this video, we get to see a demonstration of a smoker with a built-in DIY temperature controller in action. However, what’s really impressive about this one is the fact that it’s connected to a smartphone so you can get a temperature readout on an app. Unfortunately, it doesn’t give you any details about how to build one yourself, but it should at least give you an idea of what’s possible. And if you combine this design with some of the other plans in our list, you should be able to work out how to put together something similar for yourself.

If you have a kamado grill, this video will show you how to make a DIY temperature controller to use with it. As this YouTuber explains, barbecuing is a labor of love, and anything that makes the process easier or more scientific is welcome. That’s why he created the device he demonstrates here, and it looks like it does a fantastic job – just check out the beef at the end! This is also a plan that should be relatively easy to copy, so if you want one too, why not see if you can recreate his idea at home?

Lots of great ideas to copy

As you can see, although making a temperature controller for your grill is not necessarily a straightforward job, there are plenty of great plans and ingenious ideas out there to point you in the right direction.

We’ve enjoyed collecting these plans for you, so we hope you’ve enjoyed watching and reading them too. And above all, we hope we’ve helped you find the ideas you needed for building a DIY BBQ temperature controller of your own.